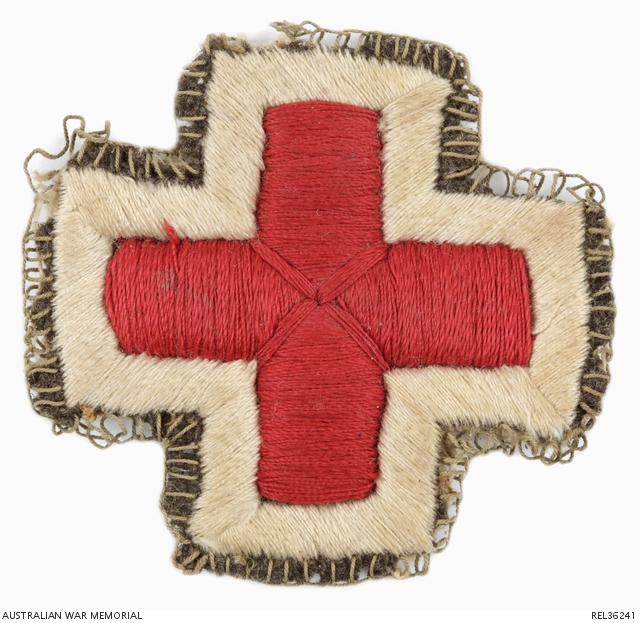 Red and white machine embroidered Geneva cross badge as worn on military and Volunteer Aid Detachment uniforms. This example has been fastened to a safety pin for attachment to clothing.

This badge was made to be attached to the winter service dress of a member of the Australian Army Medical Women's Service (AAMWS). The AAMWS grew out of the Australian Red Cross and the Order of St John Voluntary Aid Detachments. It was formed to distinguish between full time military Voluntary Aids and those attached on a voluntary basis to the aid organisations. Members of the AAMWS served in military hospitals in the Middle East, Australia and with the British Commonwealth Occupation Force (BCOF) in Japan. The AAMWS was merged into the Royal Australian Army Nursing Corps In 1951.