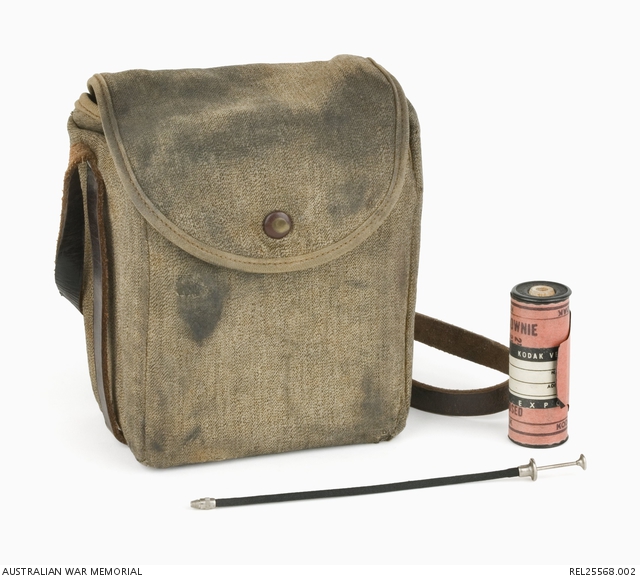 Agfa Box 45 camera carry case, film and shutter release cable. The canvas case has a flap opening secured by a metal press stud. Written underneath the flap is 'LAWRENCE F 2/45056'. The case has an adjustable carry strap with a metal buckle.

Associated with the service of 22767 Sergeant Francis (Frank) Lawrence, born 4 March 1923 in Sydney, New South Wales. Lawrence enlisted in the AIF as a private on 18 November 1943 and received the service number NX190193. He was discharged from 21 Army Ordnance Depot on 17 June 1948, having volunteered for service with the British Commonwealth Occupational Force (BCOF) in Japan. While serving with BCOF between 1948 and October 1951, Lawrence was employed as an NCO with the BRITCOM Labour Unit. He also saw service in Malaya during the Emergency, before being discharged from the Army on 26 October 1961.