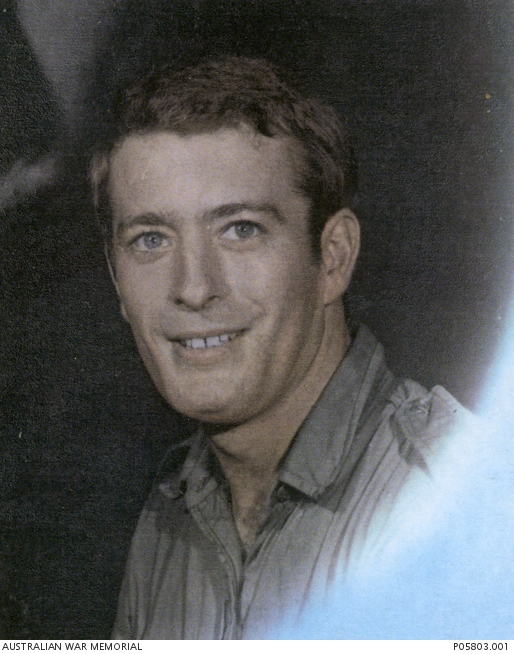 Informal portrait of 3798081 Private (Pte) Ralph James Niblett, 4th Battalion, The Royal Australian Regiment (4RAR). Pte Niblett, a National Serviceman from Melbourne, Vic began his tour of duty in Vietnam on 13 May 1971. On 21 September 1971, he and four other members of D Company, were killed in action at Nui Le. They were the last Australians to be killed in action in Vietnam. Pte Niblett's remains were returned to Australia where he was privately buried. He is commemorated in the Victorian Garden of Remembrance.