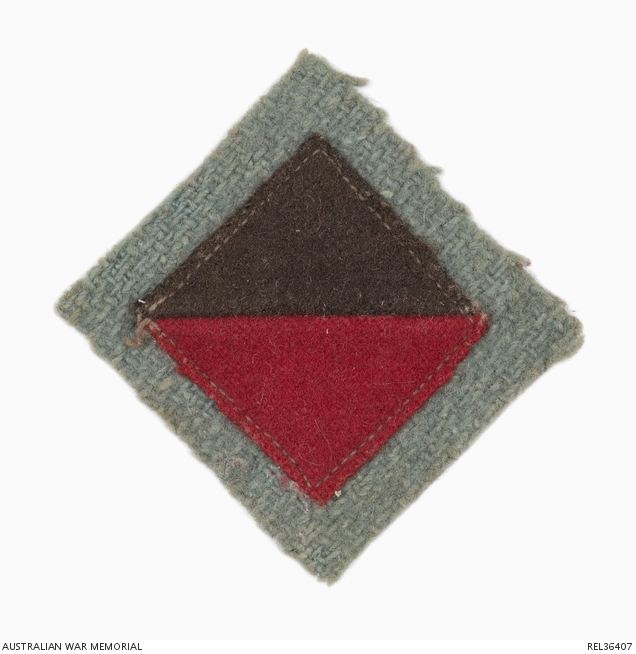 Associated with Lieutenant J L Scales DSO MM MID, 23 and 24 Battalions, AIF. Born on 25 July 1895 Joseph Lindley Scales was working as a physical culturalist when he enlisted in the AIF on 12 June 1915. Private Scales embarked on HMAT Demosthenes on 16 July 1915 at Melbourne with reinforcements to 24 Battalion. Private Scales was transferred for a time to 23 Battalion, but had returned to 24 Battalion and been promoted to Sergeant when he was awarded the Military Medal (MM) for his actions on 15 March 1917. He enlisted again during the Second World War on 27 March 1940 serving as V83329 Captain Scales. Captain Scales may have collected this colour patch during his time serving with training and garrison units in Australia. He was discharged on 19 February 1947.