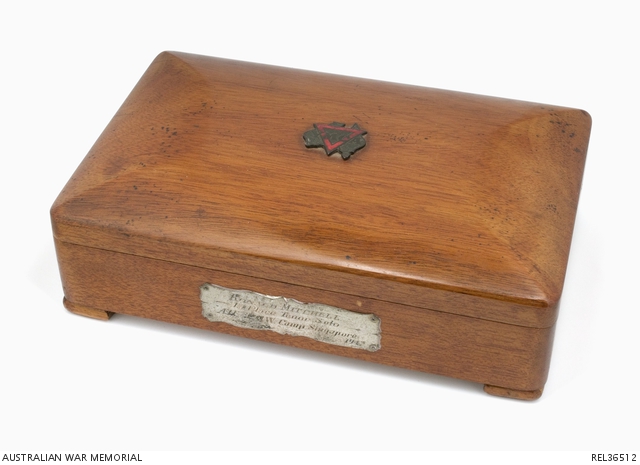 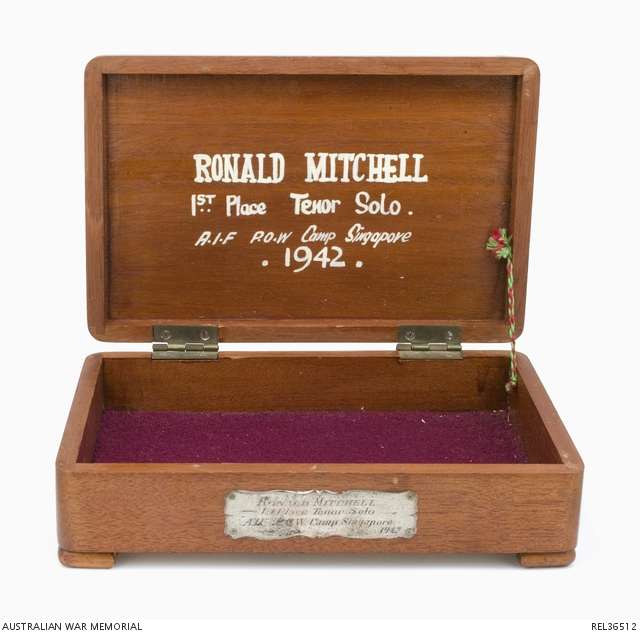 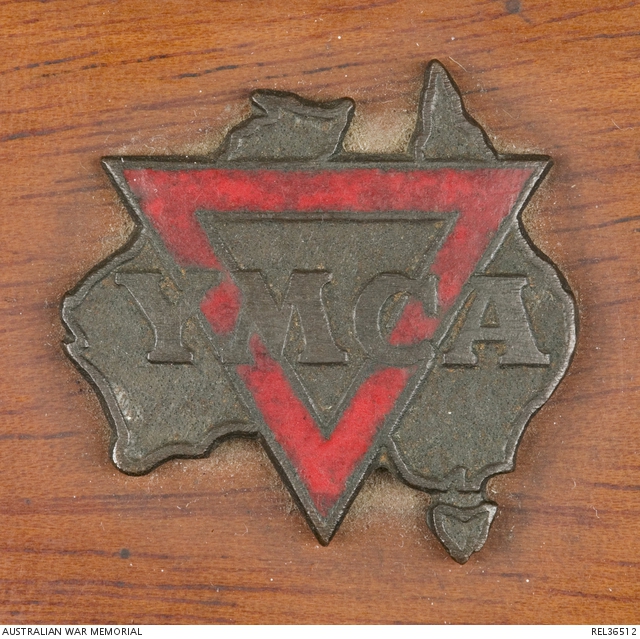 Hand-made wooden box with a YMCA badge on the lid. There is a metal plaque on the front with the words, 'RONALD MITCHELL 1st Place Tenor Solo A.I.F. P.O.W. Camp Singapore 1942'. These words are also painted in white on the inside of the lid which is hinged with two hinges and held by a length of red and green cotton. The interior base of the box is lined with purple felt.

Presented to Private R J Mitchell for the winning the Tenor Solo singing competition in Changi Prison Camp in 1942. Born in 1916 at Unley South Australia, Ronald Mitchell was living at St Peters when he enlisted in the AIF on 26 July 1940. He served with 8 Divisional Ammunition Sub Park, Australian Army Service Corps and became a Prisoner of War of the Japanese when Singapore fell in February 1942. Private Mitchell was a POW at Changi before being sent to Sandakan where he died on 22 June 1945.