The evacuation of school children was carried out with complete success 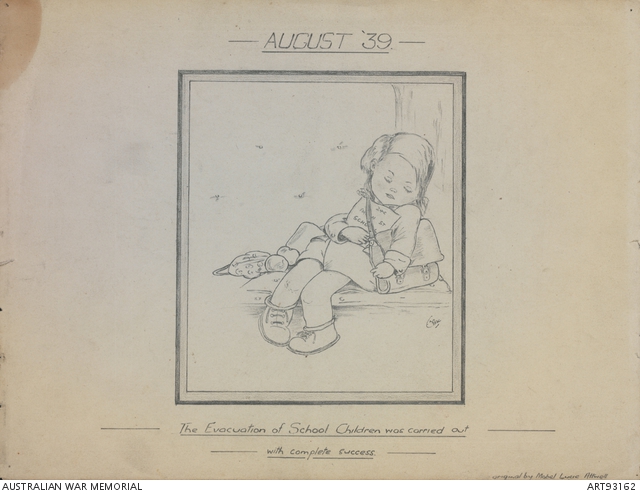 This work depicts a small girl asleep against the tree after the style of Mabel Lucie Attwell. Attwell was a well known children's book illustrator in the early twentieth century. Her illustrations included 'Alice in Wonderland' and 'Peter Pan'. The young girls she drew were based on her daughter, Peggy. In this work the artist has depicted one of Attwell's girls as a child evacuee. As war looked imminent in August 1939 British school children were evacuated from the major cities to the surrounding countryside.