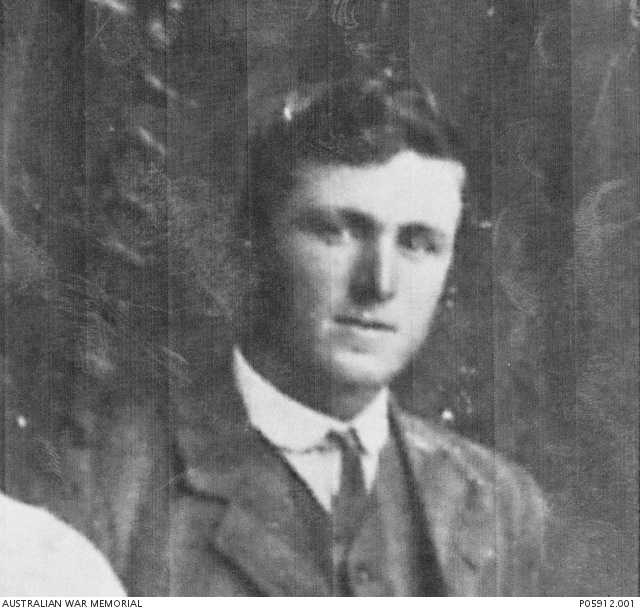 Pre-enlistment portrait of Lieutenant (Lt) Thomas John Ross, 8th Battalion, later transferred to 7th Battalion, of Panmure, VIC. A labourer prior to enlistment he embarked from Melbourne with the 16th Reinforcements on HMAT Suffock (A23) on 1 April 1916. Lt Ross was killed in action on 9 August 1918, aged 34. He is buried at the Heath Cemetery, Harbonnieres, France.