Three new recruits eat some fruit in their tent at the camp at the showground. Identified left to ... 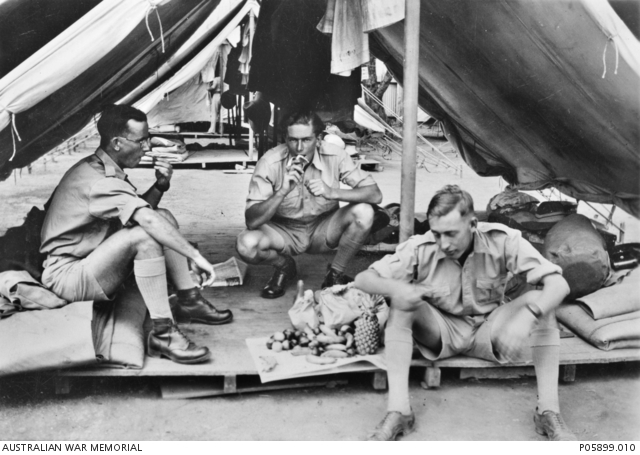