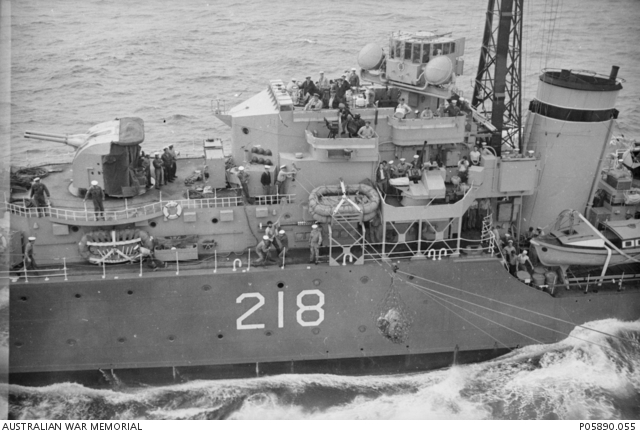 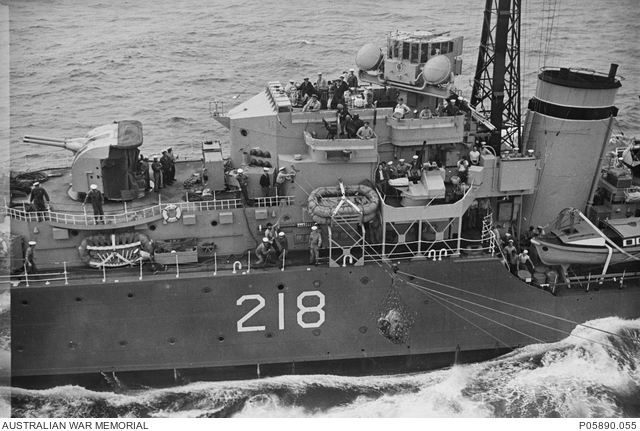 Royal Canadian Navy Tribal class destroyer HMCS Cayuga (218) receives a jackstay transfer of supplies from HMAS Sydney III (R17) during a Replenishment at Sea, probably in Korean waters. A jackstay transfer involves the movement of personnel or supplies from one ship to another via a wire cable. During his Korean War service from 31 August 1951 to 22 February 1952, R29942 Chief Radio Electrician Alan Wallace White RAN was an authorised photographer on board the Majestic class light aircraft carrier HMAS Sydney III (R17). The Sydney was mainly involved in patrolling off the western coast of Korea, while its Hawker Sea Fury aircraft of No. 805 and 808 Squadrons, and Fairey Firefly aircraft of No. 817 Squadron, carried out strikes against North Korean units and supply lines.