Message recorded by Flying Officer Gwynne Thomas whilst on leave in New York and sent to his family in Gympie, Queensland, Australia. 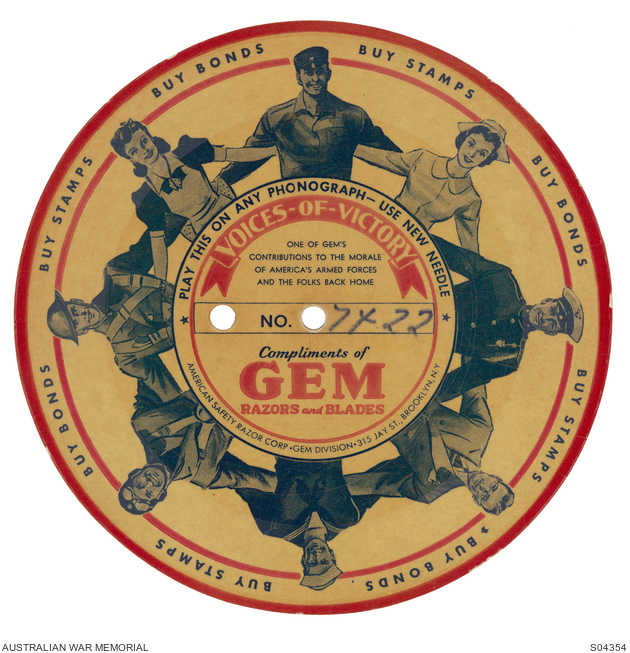 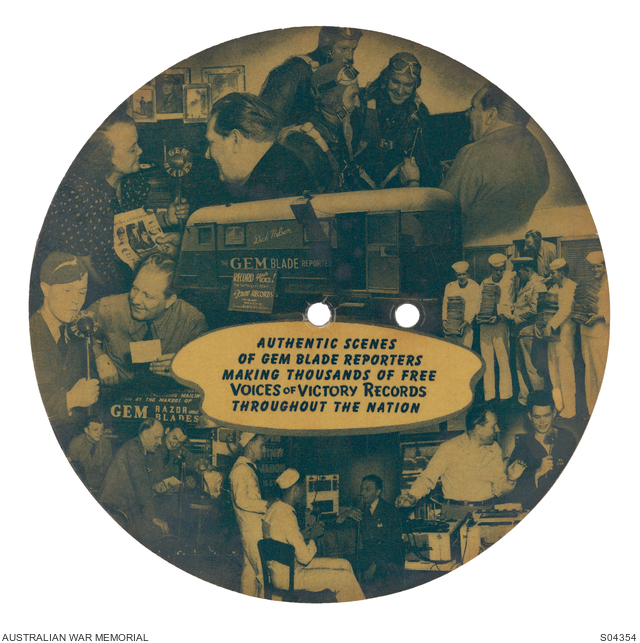 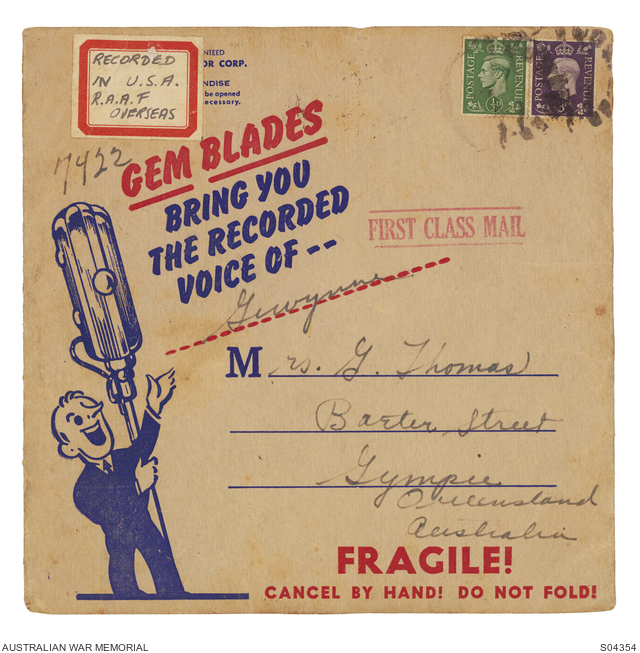 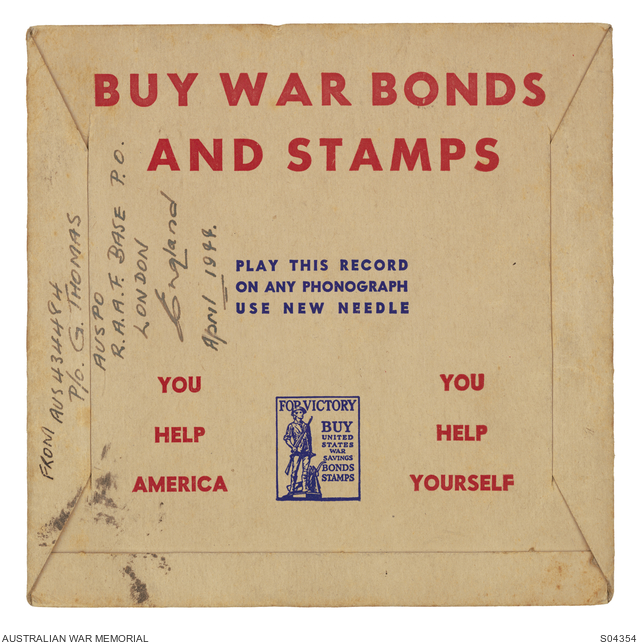 Message recorded by Gwynne Thomas whilst on leave in New York and sent to his family in Gympie, Queensland, Australia. Flying Officer Thomas went missing in action on 7 December 1944 on a mission over Germany, his remains and those of his aircraft were found in a forest in Germany in 2005.

FO Thomas was serving as Wireless Operator aboard Lancaster PB290 JO-K when it took off from RAF Base Waddington on the night of 6/7th December 1944 to bomb the marshalling yards at Giessen, Germany. Of the nineteen aircraft from the Squadron that took part in the raid, only PB290 failed to return. FO Gwynne Thomas; Sergeant (Sgt) Phillip J Gwynne RAF (Flight Engineer); 419821 FO Henry Stanley 'Mack' MacMeikan RAAF (Bomb Aimer); 429369 FO Richard Rodney 'Rod' Young RAAF (Pilot); 431448 Flight Sergeant (Flt Sgt) Richard 'Dick' Thurston Hawthorn RAAF (Air Gunner) and 433194 FO Alan Campbell Bond RAAF (Navigator) were reported as lost on operations. Following the war, it was later established that the aircraft crashed into woods about 3km north-east of Giessen. At the time of the crash, the remains of FO Young, FO MacMeikan, Flt Sgt Hawthorn and Sgt Gwynne, were recovered and buried in Giessen local cemetery. Later, they were reinterred in the Hanover War Cemetery. In 2004, German historians found part of the Lancaster's wreckage, and the remains of FO Bond, FO Thomas and Flt Sgt Henderson in a forest near Giessen. Family members of the crew joined representatives from the RAAF and the Australian Embassy in Berlin for a military funeral service for the remaining crew members on 13 September 2005.