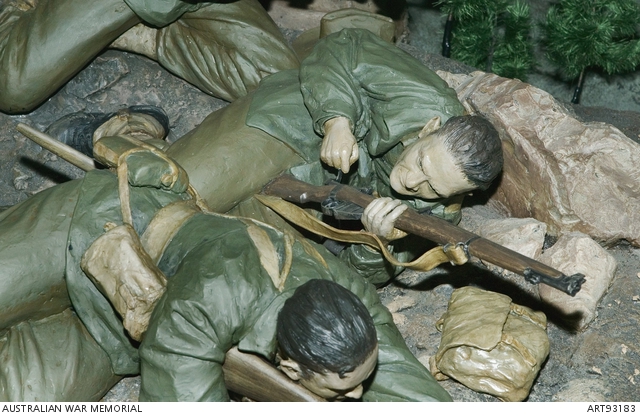 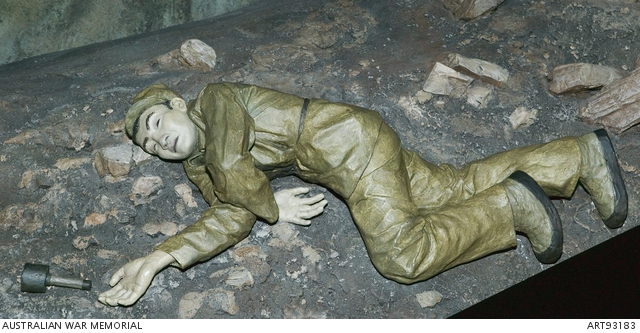 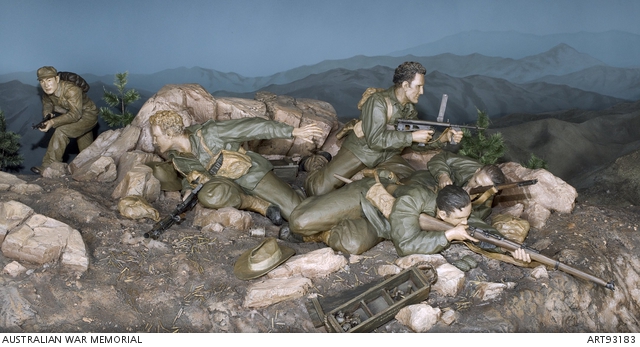 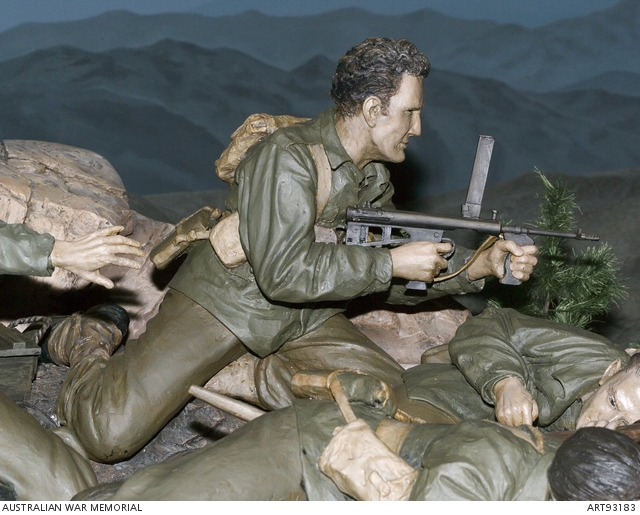 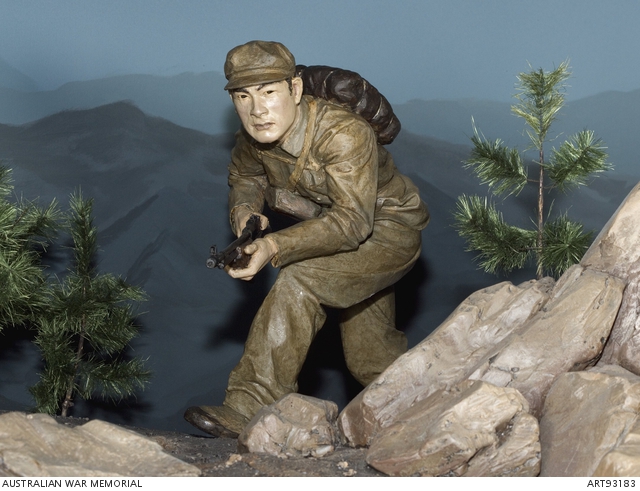 Set in the Kapyong Valley in South Korea, the diorama represents a specific moment and location from the Battle of Kapyong that took place on the 23-24 April 1951. The night time scene shows four Australian soldiers gallantly protecting the rear of their company which is stretched out on an island feature as part of the 27th British Commonwealth Brigade's attempt to secure the Kapyong valley.

In 2007 the artists travelled to Kapyong with Ray Parry, one of the four soldiers depicted in the diorama. The time spent with Parry was invaluable not only in locating the exact area depicted in the diorama but also giving them an intimate and firsthand account of his experience. Inspired by his humour and humility, Parry's voice recordings were used as the primary feature of the diorama's soundscape. Woven together with the sounds of battle as well as the sounds of bird and insect life local to the area, Parry's recollections help evoke a sense of what it would have been like for the men in Korea that night.

A contemporary lighting display is also combined with the soundtrack to further develop a sense of a live battle scene. For instance, various flashes of light merge with the sounds of explosions and gunshots to indicate the blasts of guns, grenades and artillery. The lighting also identifies the positions of other companies from 3RAR that were part of the battle. A cool blue light that suggests moonlight dominates the diorama and provides a sense of cold night air.