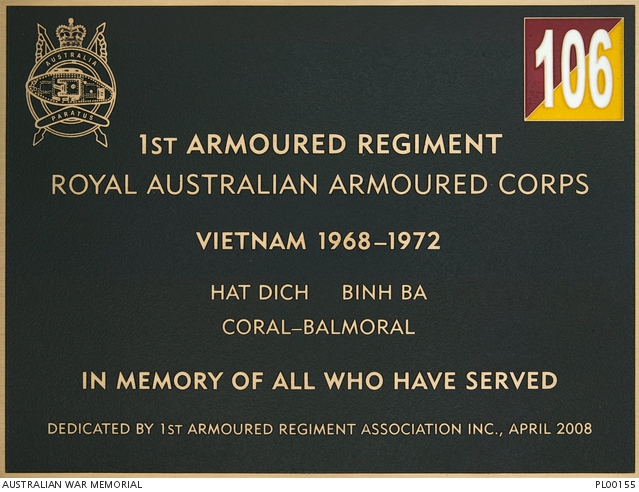 This plaque was dedicated on 24 April 2008 at a ceremony held at the Australian War Memorial.

The general location of the 1st Armoured Regiment plaque is indicated by a red poppy on the map below. 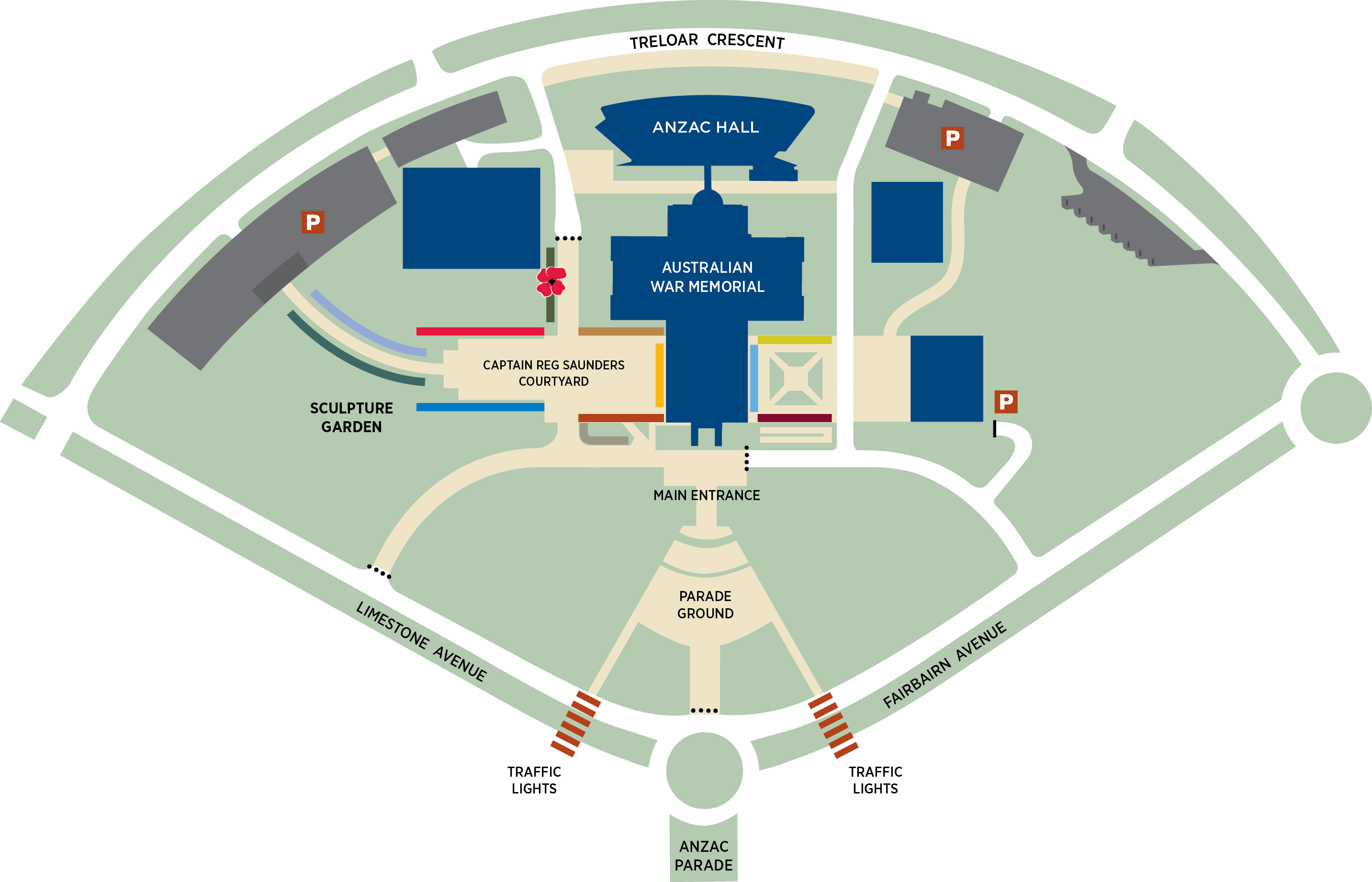