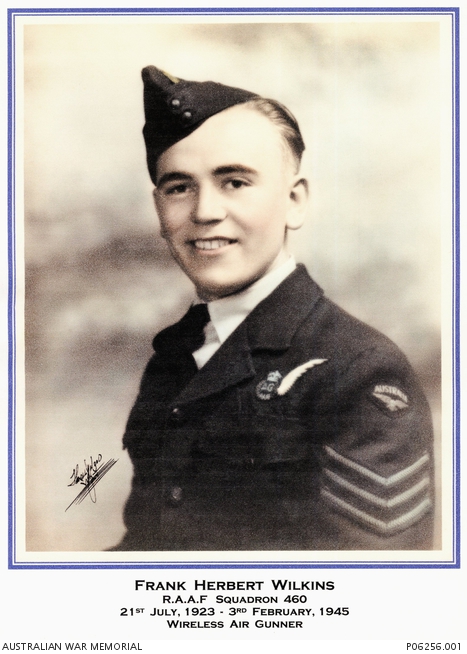 Studio portrait of 429034 Sergeant, later Flight Sergeant (Flt Sgt) Frank Herbert Wilkins of Vaucluse, NSW. Flt Sgt Wilkins enlisted in the RAAF in October 1942, and was a tail gunner in Avro Lancasters from 460 Squadron based at Binbook airfield in England. He was killed in action when his aircraft, radio call sign 'J Johnny', serial number PB 30, was shot down during a bombing mission on a synthetic oil and benzol plant at Bottrop, Germany, on the night of 3 February 1945. He is buried at Reichswald Forest War Cemetery, Germany, alongside four other crew members.