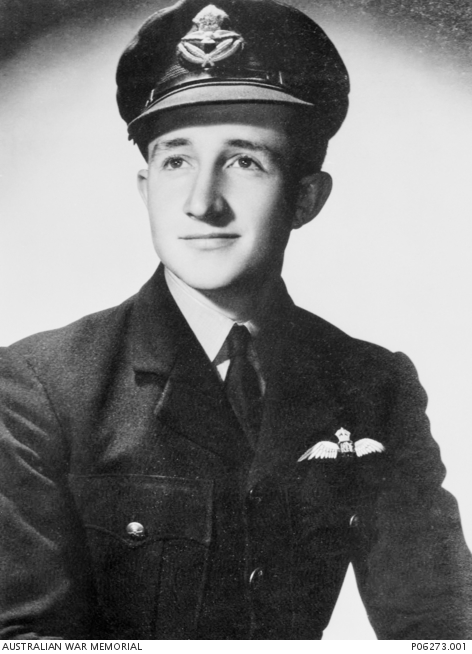 Studio portrait of 411054 Flight Lieutenant (Flt Lt) Frank William Silvester, of Turramurra, NSW. Flt Lt Silvester flew operational patrols in Catalina aircraft with 43 Squadron, RAAF. He was the co-pilot of aircraft number A24-64 which disappeared during a mine laying operation over Manila Bay in the Philippines on 14 December 1944, and has no known grave.