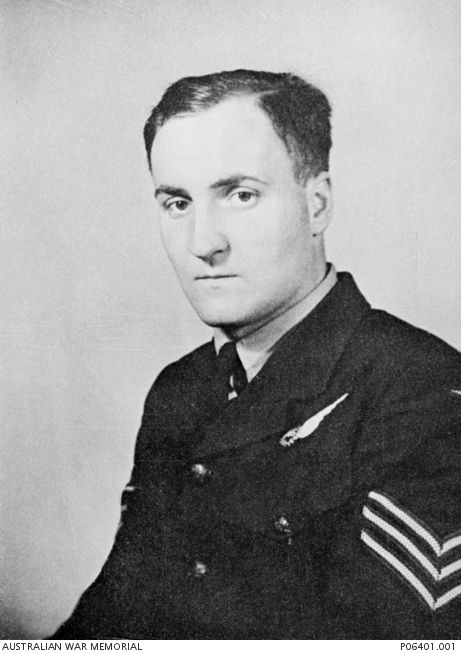 Studio portrait of 401589 Sergeant (Sgt) James Dwight Pickup, RAAF, 149 Squadron RAF, of Toorak, Vic. Born in Scarborough, England, and trained as a photographer, he worked as a sales representative before enlisting on 1 March 1941. He embarked for Canada and the United Kingdom from Sydney on 22 April 1941. He was posted to 214 Squadron RAF on 19 September 1942, and to 149 Squadron on 27 October 1942. He was accidentally killed on 10 November 1942 when flying as the bomb aimer in a Short Stirling Mk I bomber coded OJ-S, serial number W7582. The aircraft crashed due to a fire in the starboard outer engine, shortly after taking off from RAF Mildenhall in Suffolk.