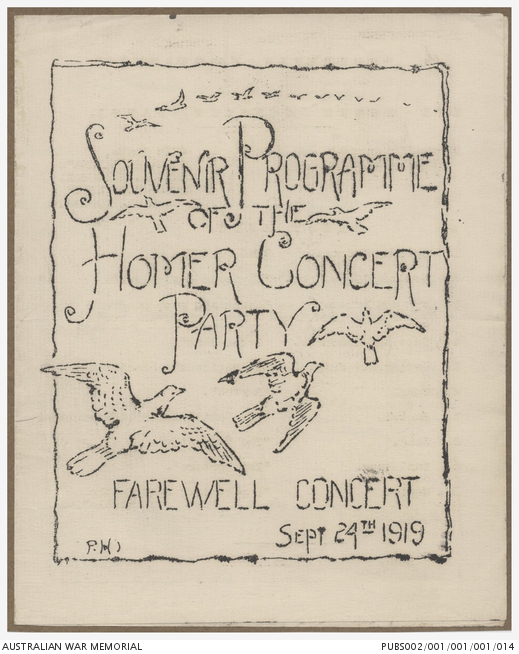 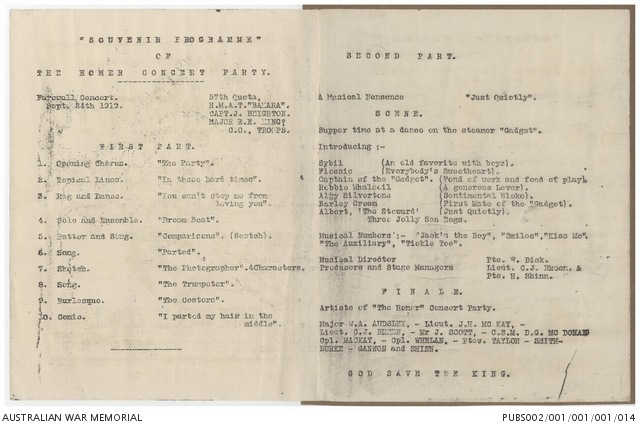 Souvenir program for a concert held to entertain troops returning to Australia after the First World War. This program is for the Homer Concert Party farewell concert aboard HMAT Bakara on 24 September 1919. The concert was presented to the 57th Quota during their return to Australia. The front cover of the program features three birds in flight.