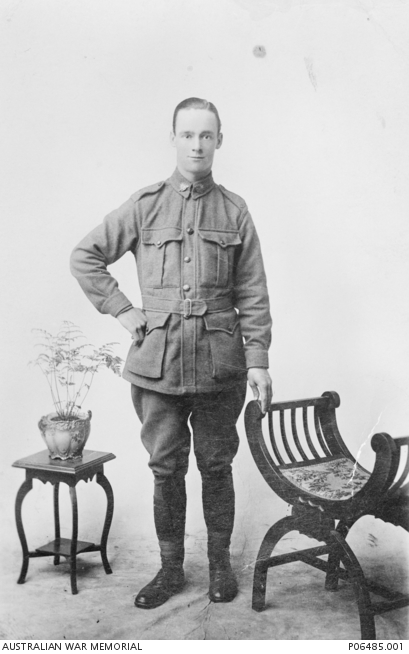 Studio portrait of 2890 Trooper (Tpr) August Wilfred Horsell, 3rd Light Horse Regiment, of Parkside, SA. Tpr Horsell enlisted on 16 February 1915, but was discharge on 6 April 1915 while undergoing training with the 27th Battalion. Re-enlisting under the alias Dillon Frederick Horsell in September 1915, he embarked from Adelaide with the 10th Battalion aboard HMAT Anchises on 2 September 1915. During his service Tpr Horsell suffered several bouts of illness and was injured by shrapnel in the field. Returning to Australia in July 1919, Trp Horsell died of illness in Adelaide on 29 June 1920.