Group portrait of members of the Davies family, of Warnertown, SA. From left to right, back row: ... 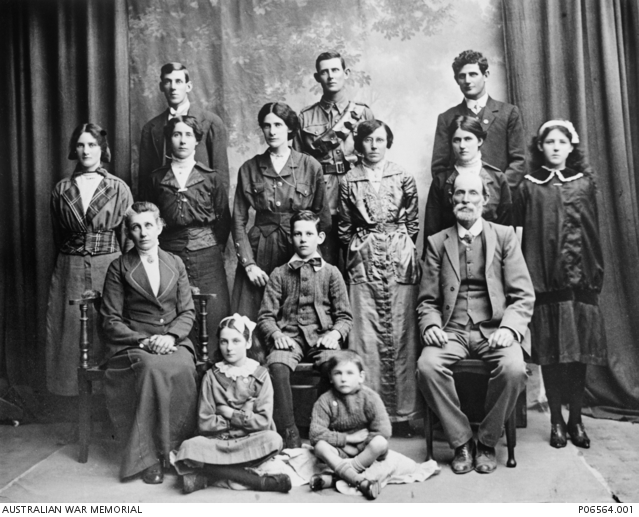