Group portrait of Australian junior officers and nurses on board RMS Osterley on their way to ... 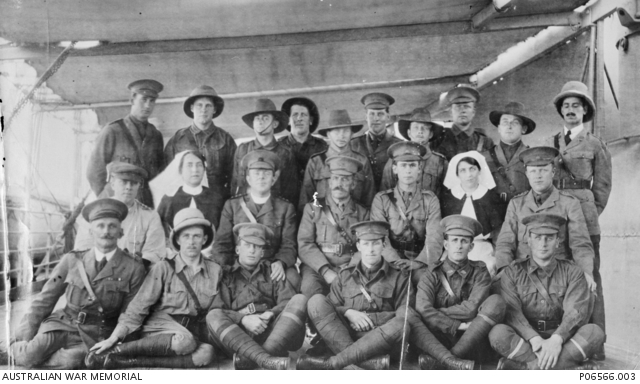