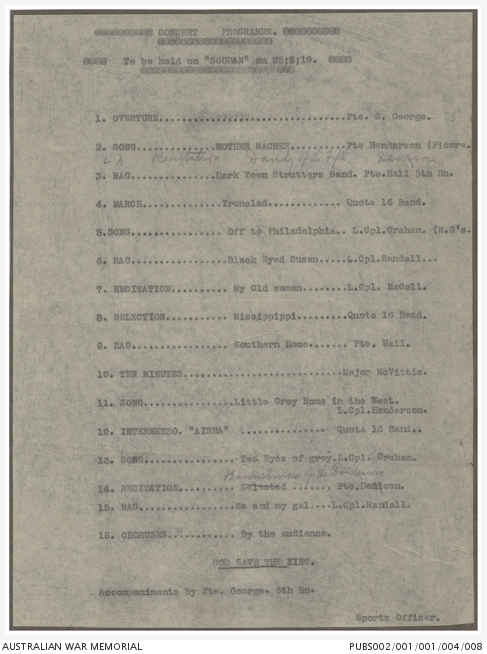 Souvenir program for a concert held to entertain troops returning to Australia after the First World War. This program is for a concert given aboard HMAT Soudan on 23 May 1919. The concert featured songs, recitations and other acts including performances by Quota 16 Band. This program has been annotated by hand to indicate corrections.