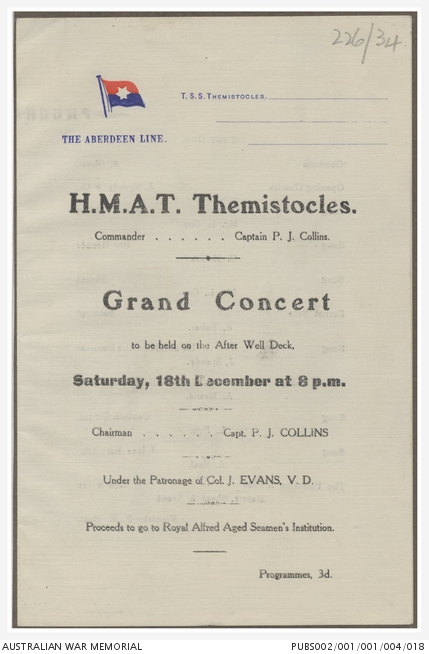 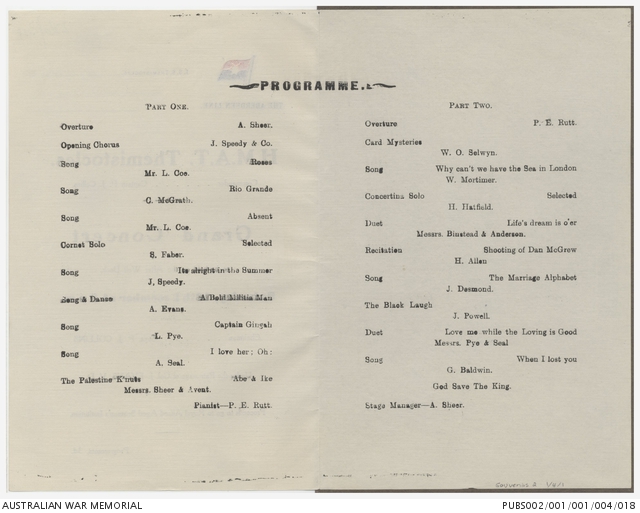 Souvenir program related to concerts held aboard troopships during the First World War and the period afterwards when troops were returning to Australia. This program is for a concert held aboard HMAT Themistocles at 8pm on Saturday 18 December, year unknown. The concert featured songs, instrumentals, duets and recitations. Proceeds from the concert were to go to Royal Alfred Aged Seamen's Institution.