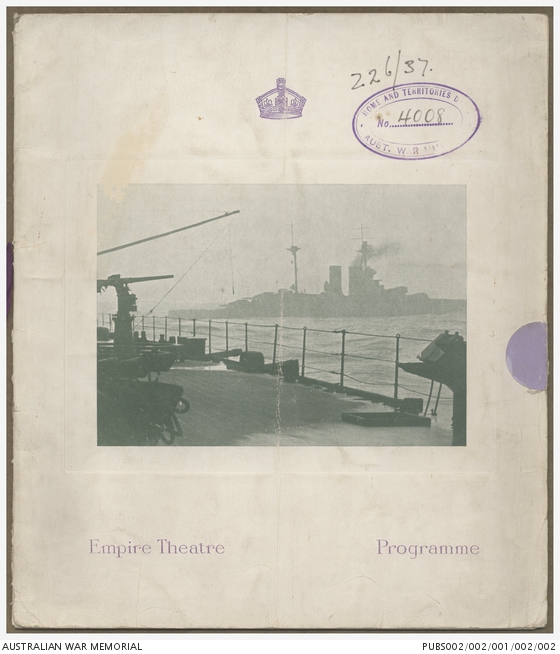 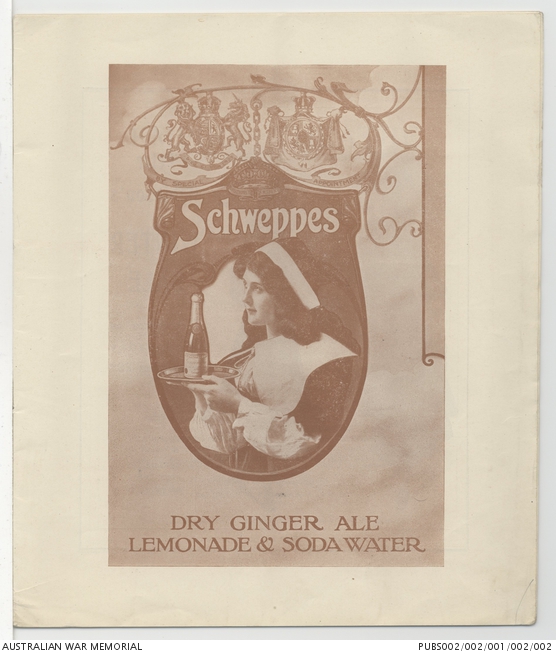 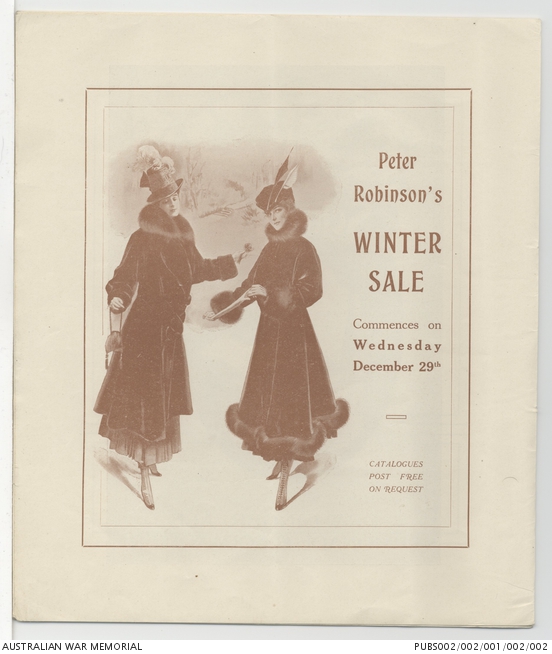 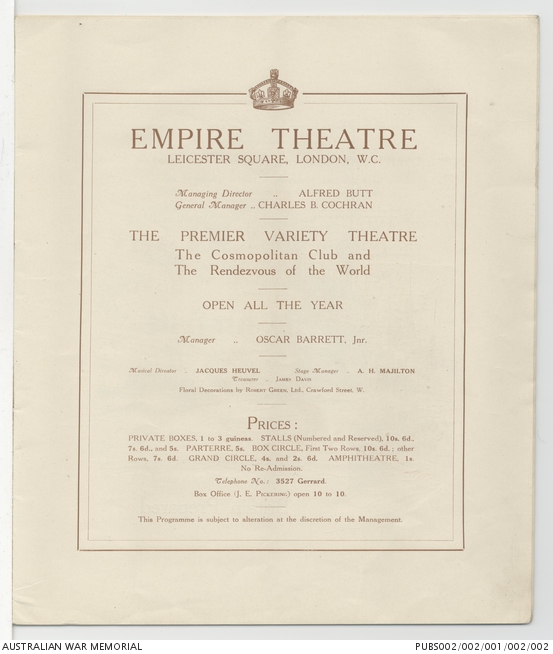 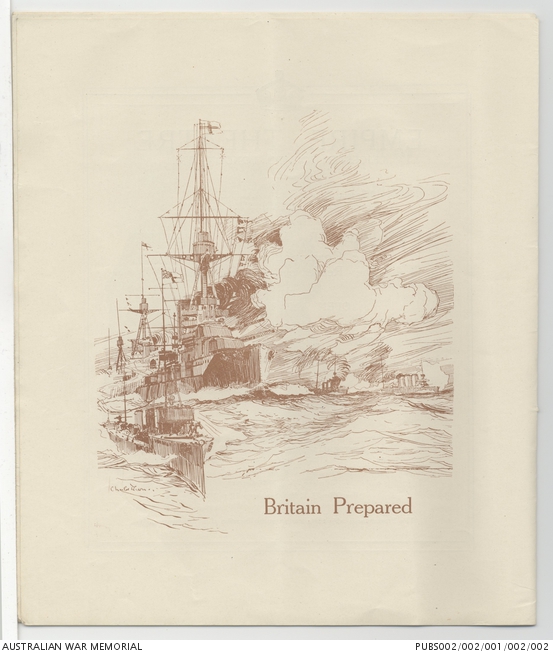 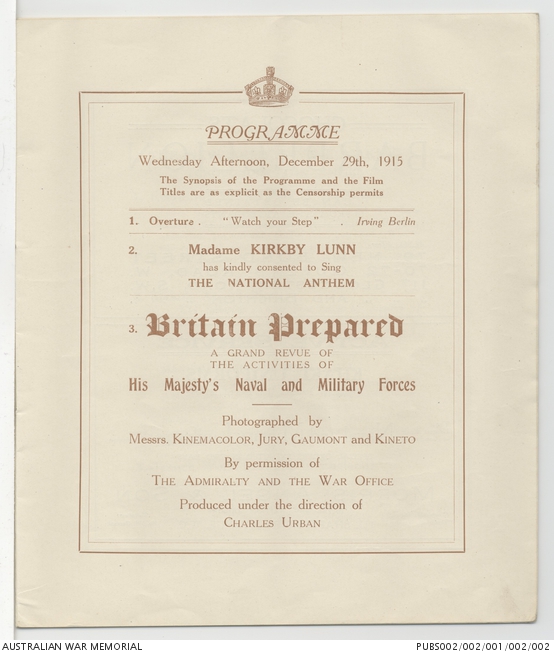 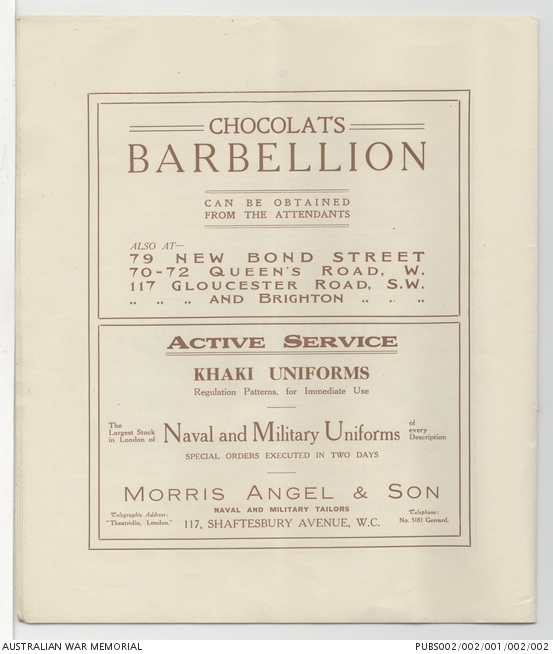 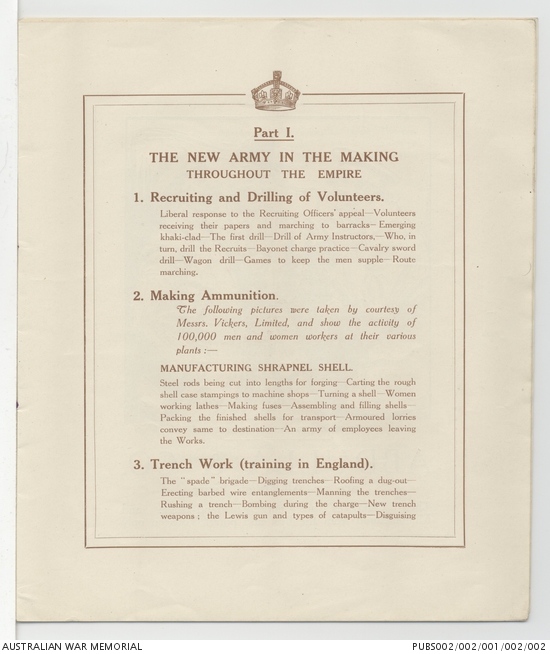 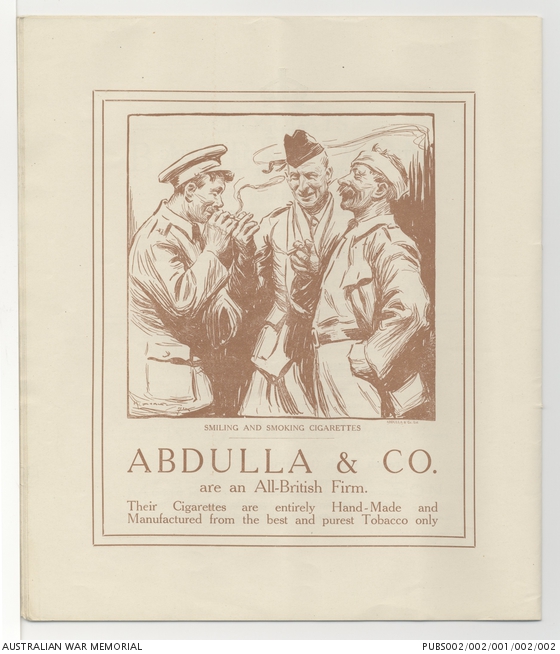 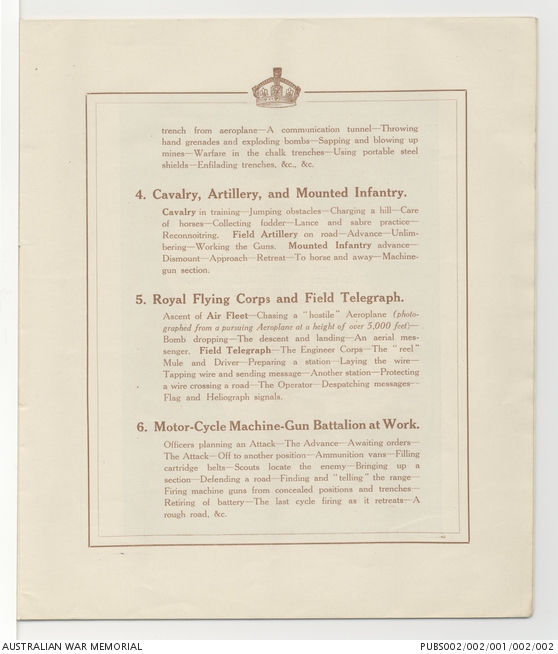 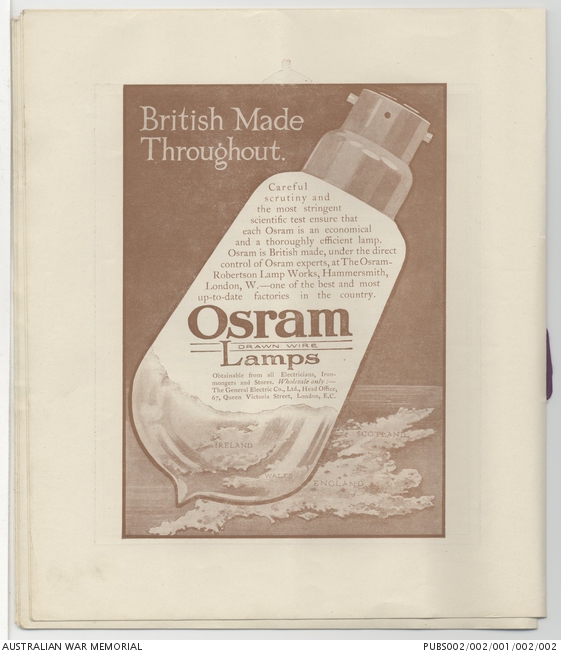 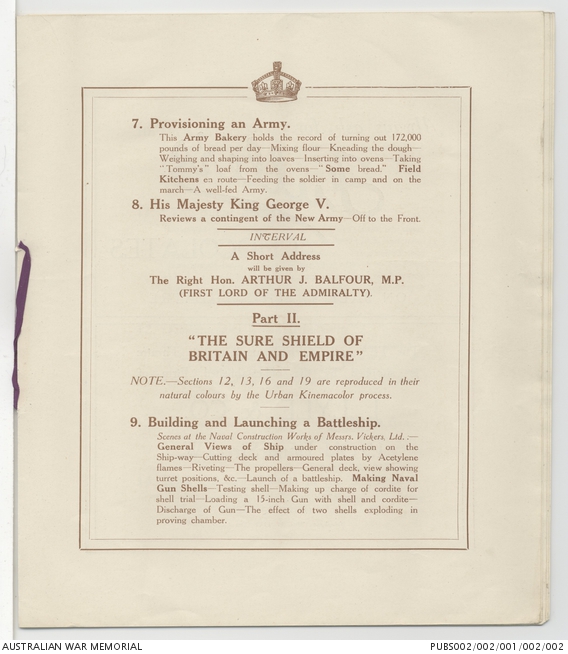 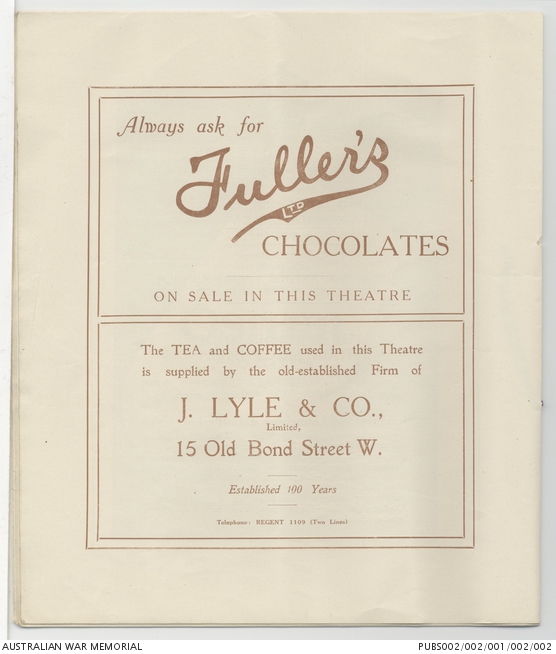 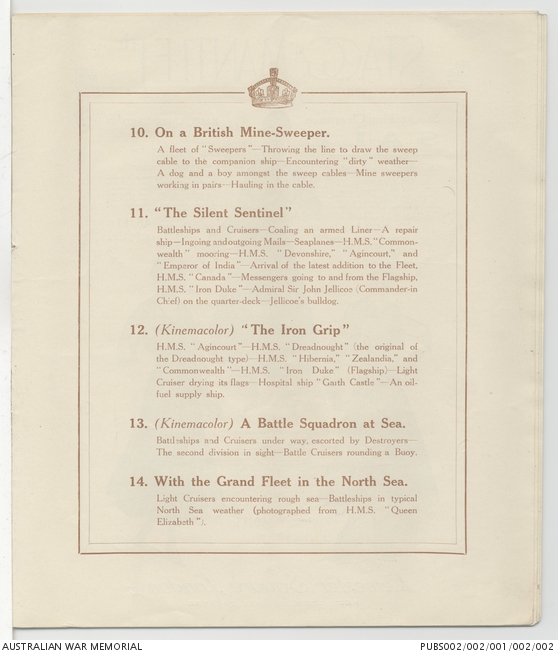 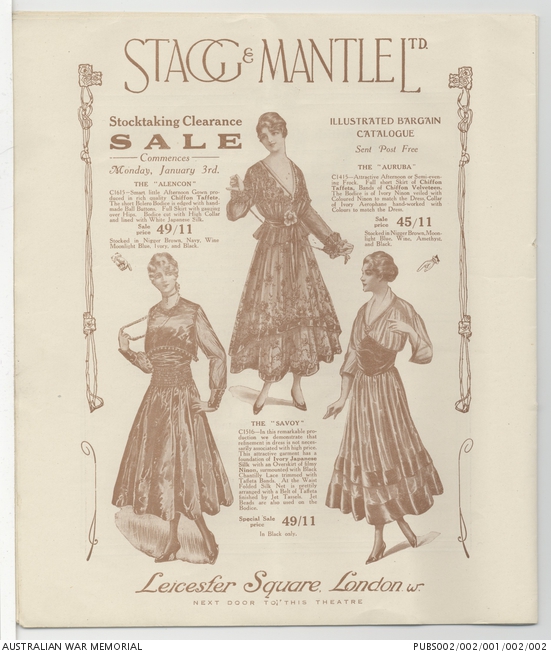 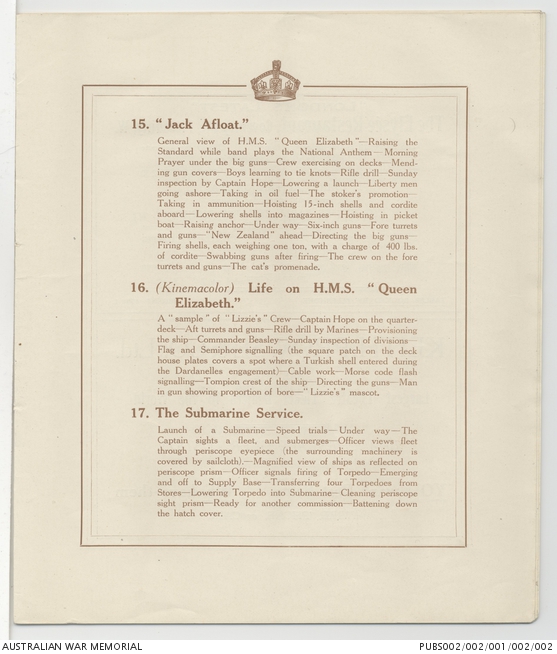 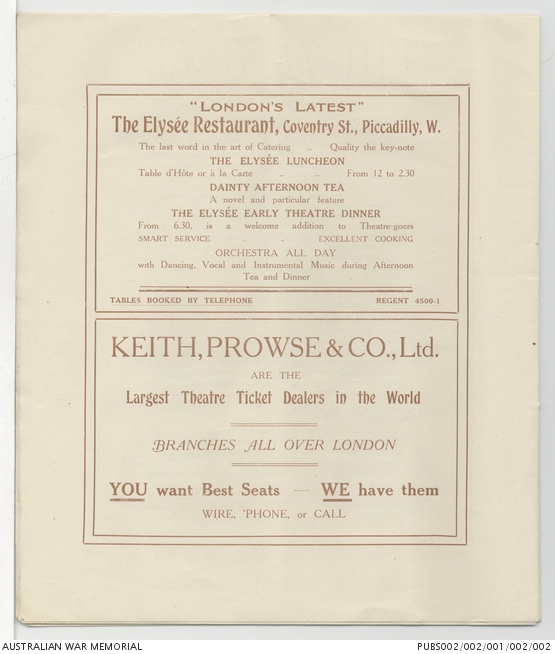 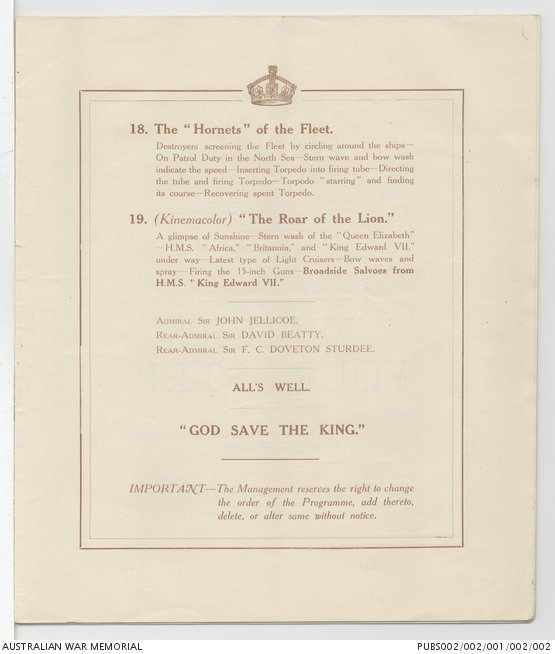 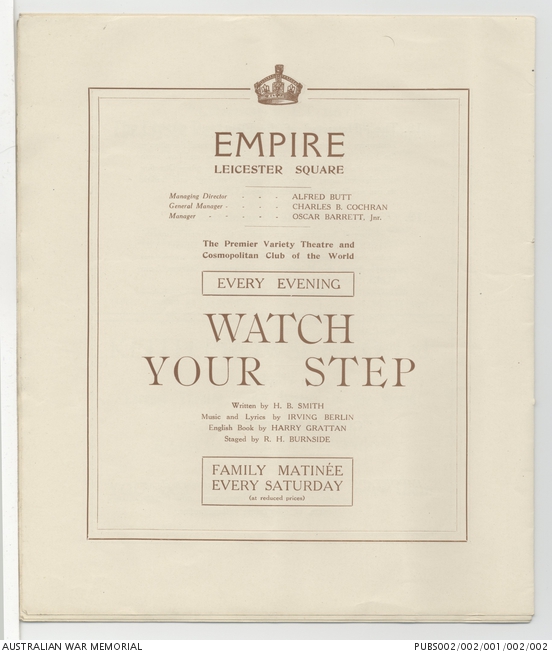 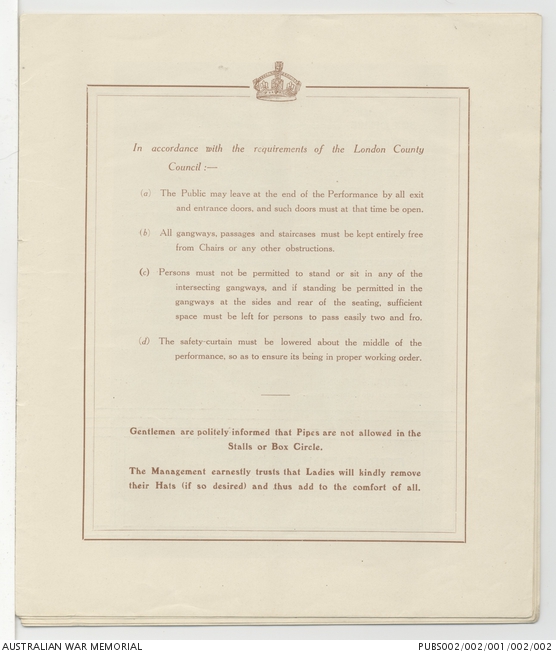 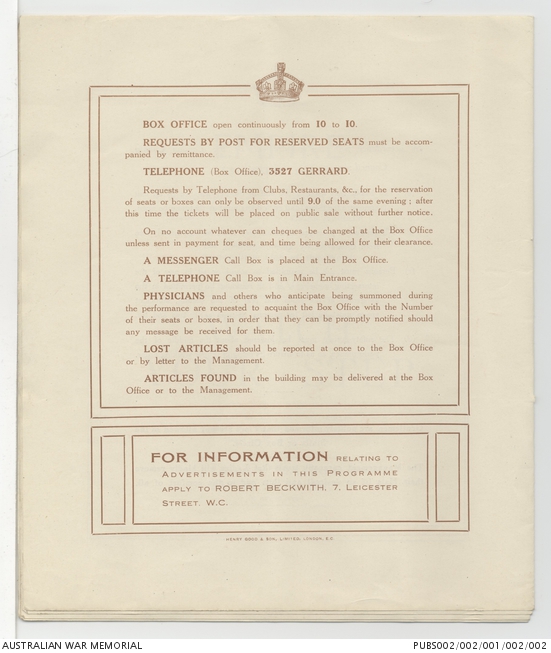 Souvenir program for a theatrical performance during the First World War. This program is for a variety show held at the Empire Theatre in London on Wednesday 29 December 1915. The variety show had a strong focus on cinema promoting the British Armed forces. The front cover of the program is illustrated with a photograph of a naval ship and the interior features advertisements for products and services.