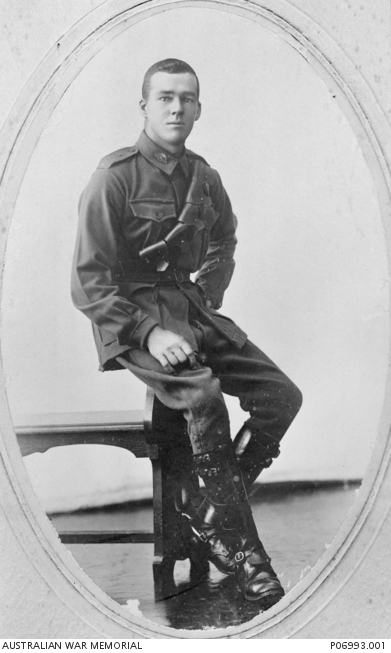 Studio portrait of 2155 Driver (Dvr) Rowland John Robert Pennington, of Como WA, who enlisted on 27 August 1914. Dvr Pennington was wounded in action on Gallipoli on 10 July 1915 while serving in the Ammunition Column, 3rd Field Artillery Brigade, and died of his wounds on board HMTS Gascon the same day. Dvr Pennington was buried at sea by Chaplain C H Mayne, "3 miles from Gaba Tepe", in the evening of 10 July 1915 and his name is commemorated on the Lone Pine Memorial.