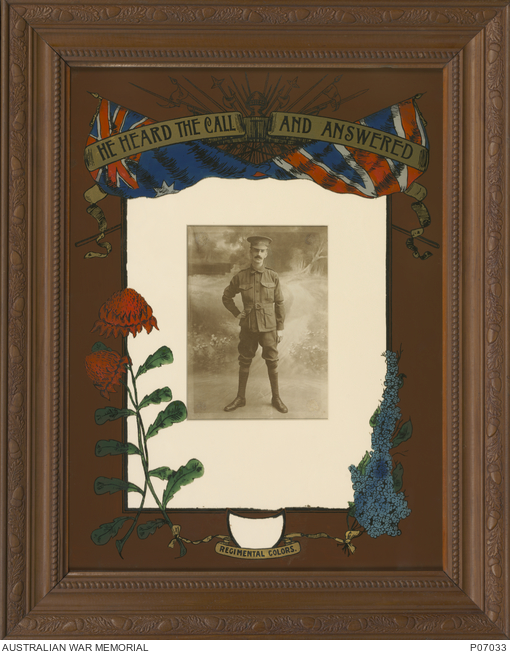 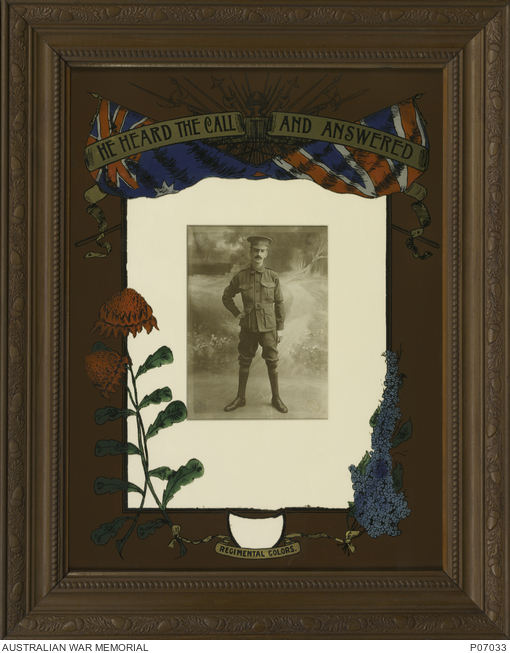 Studio portrait of 541 Private Henry George Foster, 1st Anzac Cyclist Battalion, of Wattle Flat, NSW. A timber carter prior to enlistment, he embarked with the 4th Reinforcements on HMAT Anchises (A68) on 24 August 1916. He later transferred to the 4th Machine Gun Battalion and attained the rank of corporal in July 1918. On 18 September 1918, near Jeancourt, he was severely wounded in both legs during an advance. He died of these wounds on 19 September 1918 and is buried at Brie British Cemetery, near Peronne. The portrait is mounted behind a reverse painted glass sheet, the design forming a mat framing the photograph. The New South Wales red waratah features to the left and a spray of forget-me-nots to the right. The Australian and British flags (ensigns) are draped across the top with the words "He heard the call and answered" displayed within a banner.