Group portrait of officers of No. 1 Air Observer School, Cootamundra NSW, with a dog mascot. Back ... 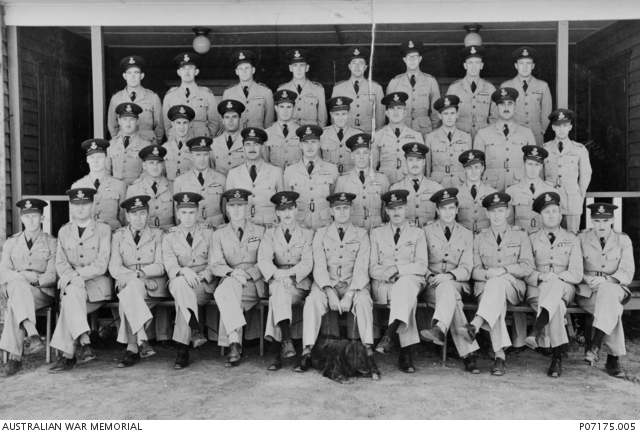