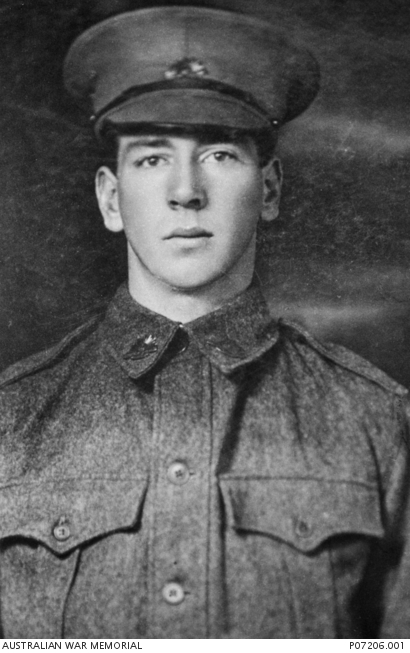 Studio portrait of 2855 Private (Pte) George Alex Smith, 4th Pioneer Battalion, of Mansfield, Victoria. Prior to enrolment in August 1915, Pte Smith was employed as a farmer and grazier in Mansfield, Victoria. He sailed from Melbourne with the 6th Reinforcements on RMS Moldavia on 5 October 1915. The 4th Pioneers served on the Western Front and were engaged in battle at Albert and Pozieres in July and August 1916. Pte Smith was killed in action on 5 August 1916, aged 20. He has no known grave and is remembered at the Villers-Bretonneux Australian National Memorial, France.