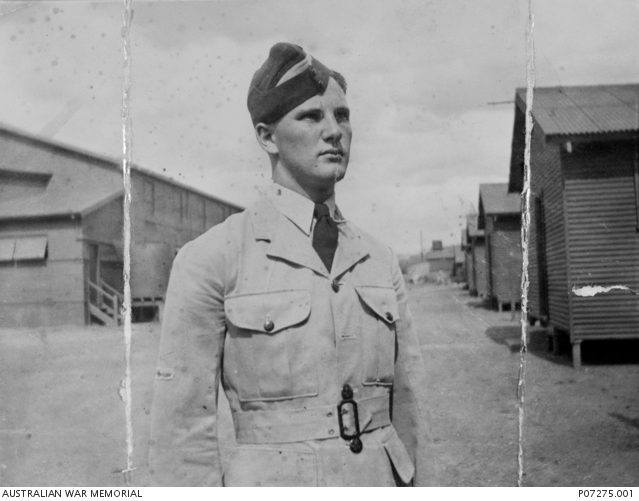 Outdoor portrait of 408462 Leading Aircraftman (LAC) Tasman (Tas) Leonard Williams of Derby, Tas. A enlisting in the RAAF in June 1942, AC Williams trained as a Wireless Operator/Air Gunner (WAG) under the Empire Air Training Scheme (EATS) in Australia and Canada, and after being promoted to Pilot Officer (PO), was posted to 466 Squadron at RAF Station Driffield, Yorkshire. He was listed as missing when his Halifax bomber, serial number MZ299, radio call sign HD-H (H-How), failed to return from an operational sortie over Wilhelmshaven, Germany, on the night of 15/16 October 1944. After the war it was determined that MZ299 had crashed at Jackstede, Germany, and had killed six of the seven crew, including PO Williams, aged 21.