Studio portrait of Headquarters Signallers of the 44th Battalion prior to embarkation aboard HMAT ... 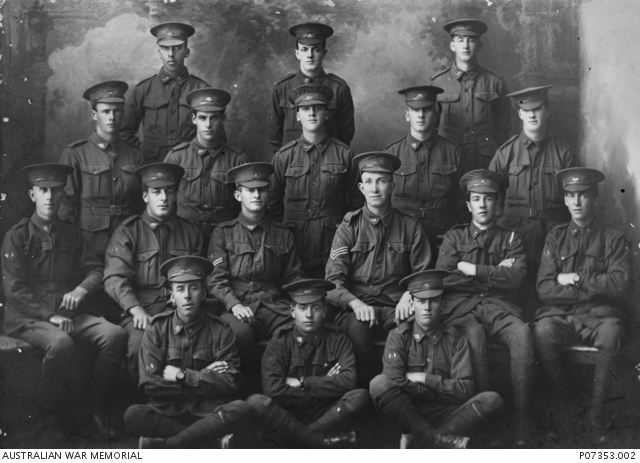