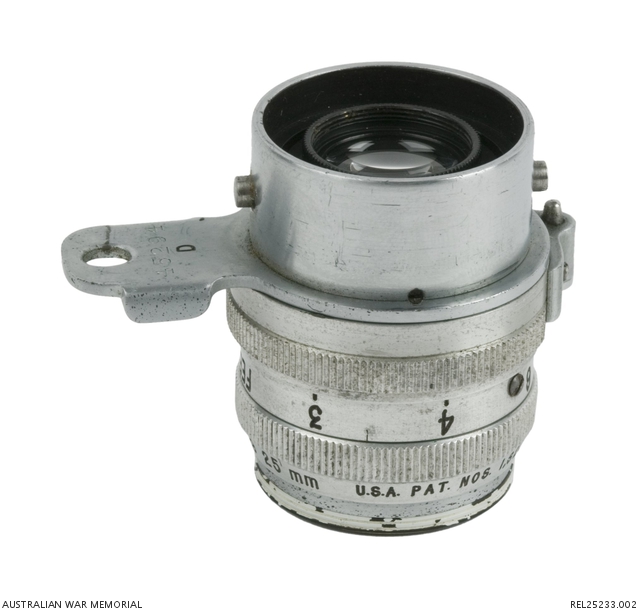 An accessory for the camera used by VX50279 Lieutenant Mick Sheehan to record his service in New Guinea, Bougainville and Balikpapan between 1942 and 1945. This film is part of the Australian War Memorial's collection (F03422). Michael Lawrence 'Mick' Sheehan was born on 1 February 1917 at Stawell, Victoria and enlisted in the AIF on 4 March 1941. Lieutenant Sheehan served in the 2/5th Independent Company (later the 2/5 Commando Squadron, part of 2/7 Cavalry Commando Regiment). Mick Sheehan died on 13 April 1997.