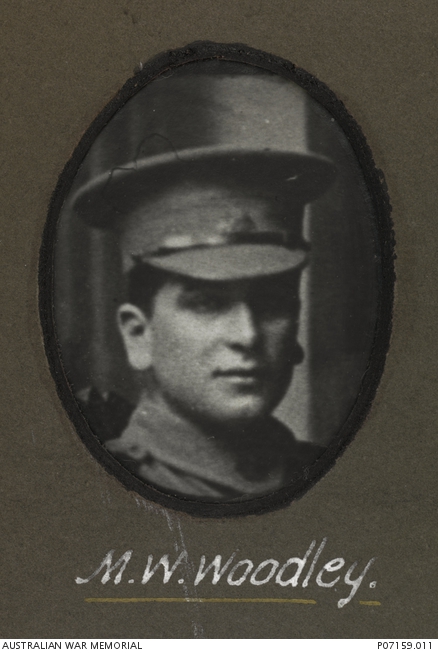 Studio portrait of Lieutenant (Lt) Matthew Warren Woodley who was a 23 year old electrical engineer from Walkerville, South Australia, when he enlisted on 17 May 1915. He embarked for overseas as a Private (Service number 4787) with the Australian General Hospital reinforcements from Melbourne on 15 June 1915 aboard HMAT Wandilla. After serving at Gallipoli with the 3rd Australian General Hospital, he was discharged from the AIF in the United Kingdom on being appointed a commission in the Army Service Corps (Imperial Army) on 9 January 1916. Lt Woodley went on to serve in France with the 50th Divisional Supply Company. One of 131 photographs displayed on an honour board showing members of the Adelaide Rowing Club who enlisted for active service in the First World War. The original is held by the Adelaide Rowing Club who kindly loaned the board to the Australian War Memorial for copying.