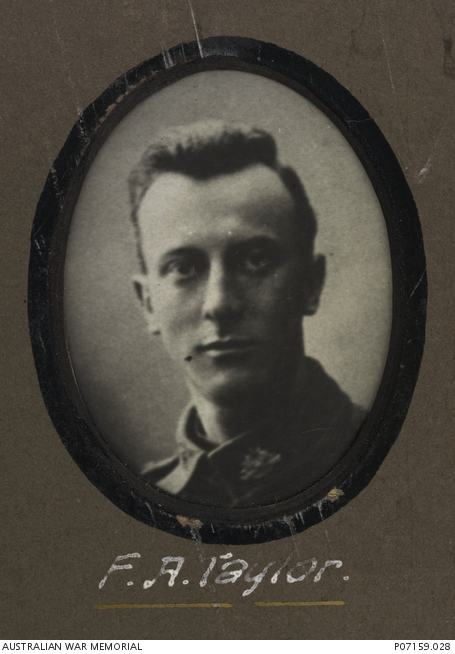 Studio portrait of 526 Private (Pte) Frederick Arthur Taylor, 14th Machine Gun Company who was a 23 year old signwriter living in Kent Town, South Australia when he enlisted on 31 October 1916. He had been born in London and his parents still resided there. Pte Taylor embarked for overseas from Melbourne on 22 December 1916 aboard HMAT Persic. In May 1917 he joined the 5th Company Machine Gun Corps in Belgium and was killed in action on 4 October 1917. His name is inscribed on the Menin Gate Memorial, Ypres, Belgium, with others who have no known grave. One of 131 photographs displayed on an honour board showing members of the Adelaide Rowing Club who enlisted for active service in the First World War. The original is held by the Adelaide Rowing Club who kindly loaned the board to the Australian War Memorial for copying.