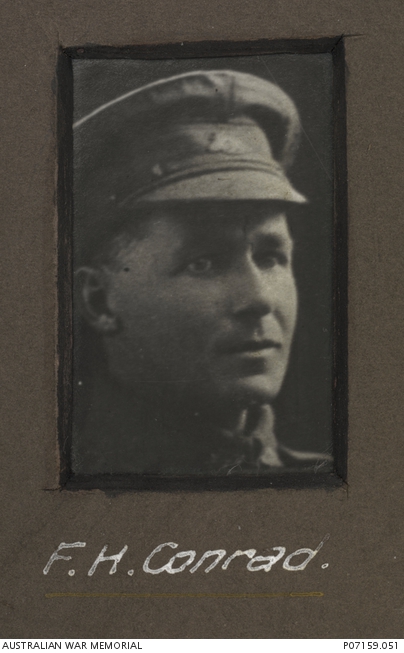 Studio portrait of 66441 Private (Pte) Francis Herbert Conrad who was a 40 year old architect from Sydney, NSW (born in Adelaide, South Australia) when he enlisted on 21 May 1918. He embarked for overseas with the NSW General Service Reinforcements on 22 October 1918 aboard HMAT Boonah. The ship was recalled when the war ended and arrived back in Australia on 17 January 1919. One of 131 photographs displayed on an honour board showing members of the Adelaide Rowing Club who enlisted for active service in the First World War. The original is held by the Adelaide Rowing Club who kindly loaned the board to the Australian War Memorial for copying.