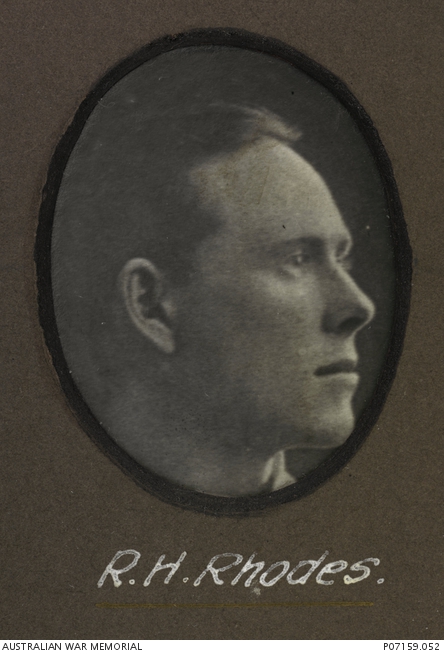 Studio portrait of 683 Private (Pte) Roydon Hamilton Rhodes, 8th Machine Gun Company who was a 24 year old bank clerk from Adelaide, South Australia when he enlisted on 17 November 1915. He embarked for overseas with the 12th Reinforcements from Melbourne on 21 June 1917 aboard HMAT Suevic. Pte Rhodes saw action in France with the 4th Machine Gun Battalion and returned to Australia on 18 September 1919. One of 131 photographs displayed on an honour board showing members of the Adelaide Rowing Club who enlisted for active service in the First World War. The original is held by the Adelaide Rowing Club who kindly loaned the board to the Australian War Memorial for copying.