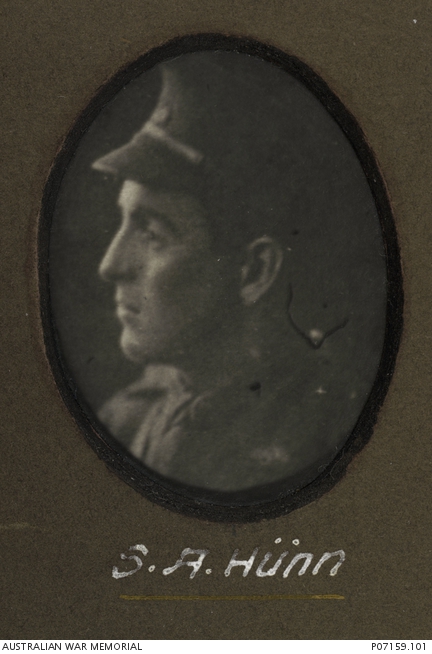 Studio portrait of Captain Sydney Arthur Hunn, 32nd Battalion who was a 26 year old wool buyer from Kent Town, South Australia when he was commissioned as a Second Lieutenant. He embarked for overseas with A Company from Adelaide on 18 November 1915 aboard HMAT Geelong. He served in France as an Intelligence Officer with the 5th Division Headquarters and for his outstanding service he was made an Officer of the Order of the British Empire (OBE), awarded a Military Cross (MC) and the French Croix de Guerre and was twice Mentioned in Despatches. He arrived back in Australia on 3 July 1919. One of 131 photographs displayed on an honour board showing members of the Adelaide Rowing Club who enlisted for active service in the First World War. The original is held by the Adelaide Rowing Club who kindly loaned the board to the Australian War Memorial for copying.