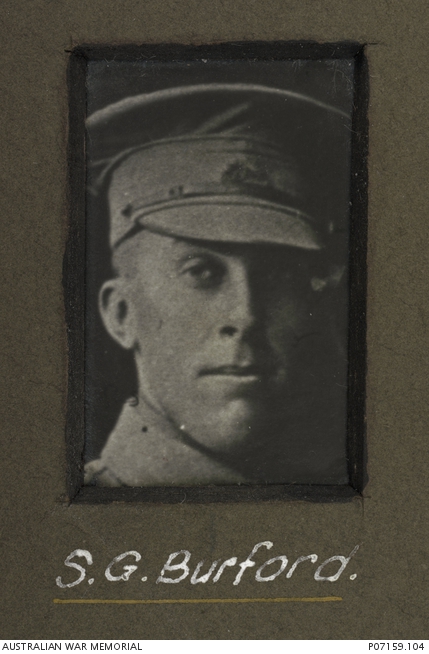 Studio portrait of 18787 Sapper Stanley Goswell Burford, 5th Divisional Signals Company who was a 24 year old clerk from St Peters, South Australia when he enlisted on 27 October 1916. He embarked for overseas 14th Reinforcements from Melbourne on 4 August 1917 aboard HMAT Themistocles. In March 1918, he joined the 1st Divisional Signal Company in France. Sapper Burford was discharged in London on 28 March 1919 and returned to Australia some time later as he also served in the Second World War from 10 June 1942 until 11 June 1945 with 3rd Battalion Volunteer Defence Corps. One of 131 photographs displayed on an honour board showing members of the Adelaide Rowing Club who enlisted for active service in the First World War. The original is held by the Adelaide Rowing Club who kindly loaned the board to the Australian War Memorial for copying.