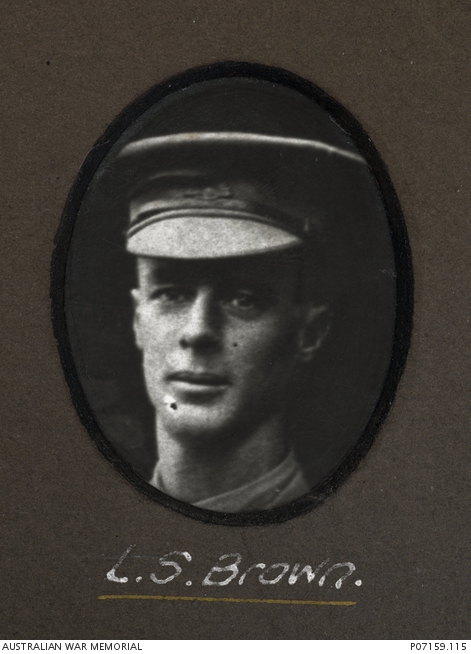 Studio portrait of 2nd Lieutenant Leonard Sawtell Brown, 32nd Battalion who was a 28 year old accountant from North Adelaide, South Australia when he enlisted on 20 April 1915. He embarked for overseas with the 3rd Reinforcements from Adelaide on 7 February 1916 aboard HMAT Miltiades. The 32nd Battalion saw action in France and Belgium including the battle of Polygon Wood, Belgium, on 26 September 1917. After the war Lieutenant Brown was discharged in the United Kingdom in order to take up non-military employment. He eventually returned to Australia and served in the Second World War from 26 March 1942 until 27 November 1945. One of 131 photographs displayed on an honour board showing members of the Adelaide Rowing Club who enlisted for active service in the First World War. The original is held by the Adelaide Rowing Club who kindly loaned the board to the Australian War Memorial for copying.