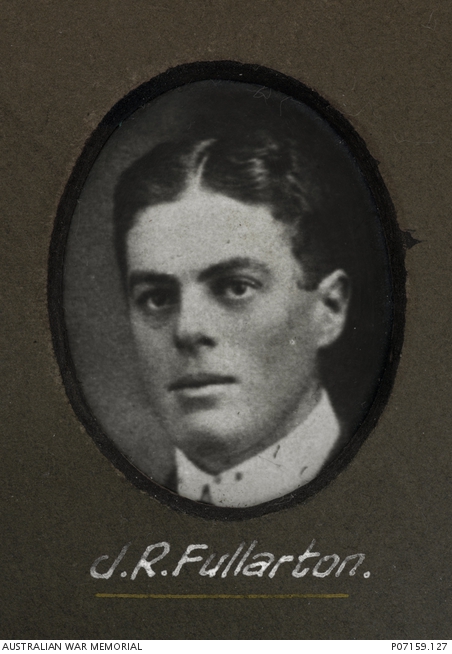 Studio portrait of 550 Private John Ritchie Fullarton, 8th Light Horse Regiment who was a 27 year old grazier from Bendigo, Victoria (born in Narracoorte, South Australia) when he enlisted on 15 February 1915. He embarked for overseas from Melbourne on 25 February 1915 aboard HMAT Star of Victoria. While serving at Gallipoli, he took ill, was evacuated to England and then returned to Australia. He was medically discharged from the Army on 16 August 1916 and lived until 8 June 1952. One of 131 photographs displayed on an honour board showing members of the Adelaide Rowing Club who enlisted for active service in the First World War. The original is held by the Adelaide Rowing Club who kindly loaned the board to the Australian War Memorial for copying.