Studio portrait of 28891 Sergeant (Sgt) Ronald Thomas Hand who was a 23 year old salesman from ... 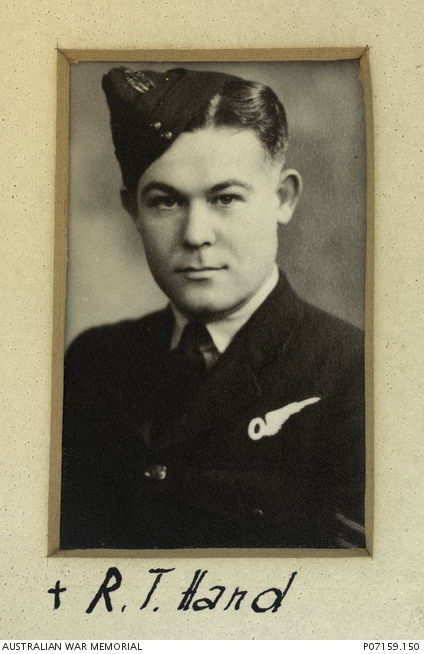 Studio portrait of 28891 Sergeant (Sgt) Ronald Thomas Hand who was a 23 year old salesman from North Unley, South Australia when he enlisted in the Royal Australian Air Force (RAAF) on 12 March 1941. He was serving with 31 Squadron RAAF and was a crew member of Bristol Beaufighter A19-22 when it reported engine trouble on a flight over the Timor Sea on 23 December 1942. Sgt Hand is presumed to have died on that day and is commemorated on the Northern Territory Memorial at the Adelaide River War Cemetery, Northern Territory, Australia along with the names of others who have no known grave. One of 86 photographs displayed on an honour board showing members of the Adelaide Rowing Club who enlisted for active service in the Second World War. The original is held by the Adelaide Rowing Club who kindly loaned the board to the Australian War Memorial for copying.