Studio portrait of 287455 Flying Officer Lyndhurst Sydney Davis who was born on 9 September 1891 ... 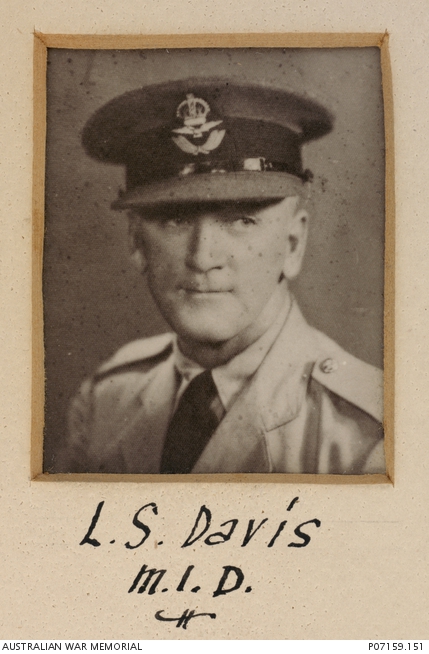 Studio portrait of 287455 Flying Officer Lyndhurst Sydney Davis who was born on 9 September 1891 in Hobart, Tasmania. During the First World War, he enlisted in the A.I.F. as a Private on 18 August 1914 and served at Gallipoli, in the Middle East and in France. While serving with the 58th Battalion, he was Mentioned in Despatches (MID) and wounded in action twice. He returned to Australia as a Lieutenant on 9 January 1920. During the Second World War, he joined the Army on 15 March 1940 and then served in the Royal Australian Air Force. When demobilised on 15 April 1946, he was a Flying Officer with 903 Wing. He died in 1991, just a few months short of his 100th birthday. One of 86 photographs displayed on an honour board showing members of the Adelaide Rowing Club who enlisted for active service in the Second World War. The original is held by the Adelaide Rowing Club who kindly loaned the board to the Australian War Memorial for copying.