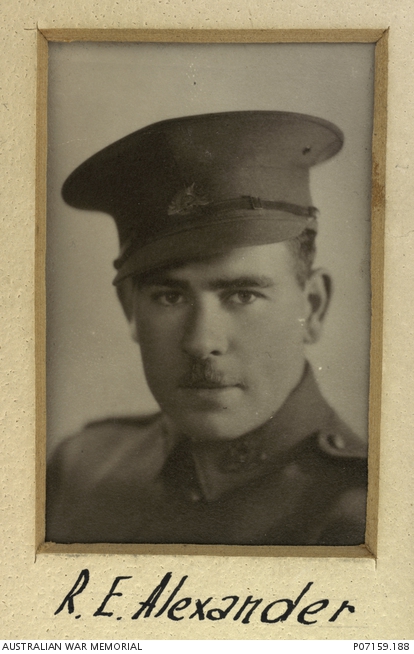 Studio portrait of SX10333 Lieutenant Robert Ernest Alexander who was a 24 year old master tailor from Glenelg, South Australia when he joined the Army on 21 May 1940. After embarking for overseas with the 2/48th Australian Infantry Battalion in November 1940, he campaigned with this unit through Tobruk and El Alamein and was wounded in action on 31 October 1942. He recovered and returned to Australia in February 1943 and then went on to campaign in New Guinea until the end of 1944. He was demobilised on 11 September 1945. One of 86 photographs displayed on an honour board showing members of the Adelaide Rowing Club who enlisted for active service in the Second World War. The original is held by the Adelaide Rowing Club who kindly loaned the board to the Australian War Memorial for copying.