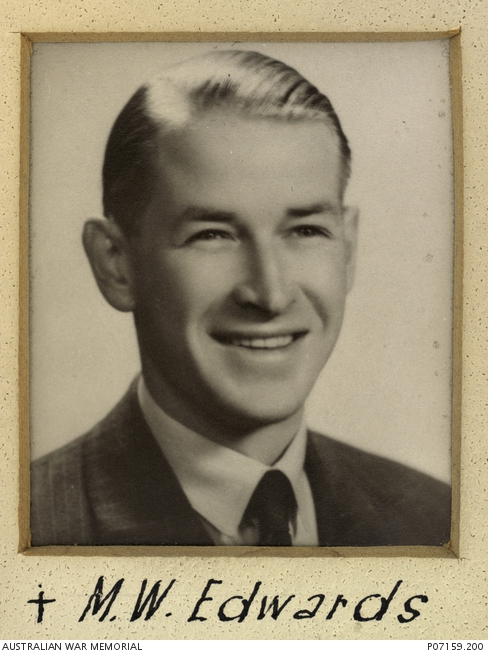 Studio portrait of 407056 Flying Officer (FO) Michael Whetham Edwards who was 27 years old when he enlisted in the Royal Australian Air Force (RAAF) on 27 May 1940. He was the second pilot onboard Catalina A24-13 from No 11 Squadron RAAF when they took off on 24 February 1942 from Port Moresby, New Guinea, on an operations flight to attack enemy targets near Rabaul and failed to return. FO Edwards is commemorated on the Rabaul Memorial with others who have no known grave. One of 86 photographs displayed on an honour board showing members of the Adelaide Rowing Club who enlisted for active service in the Second World War. The original is held by the Adelaide Rowing Club who kindly loaned the board to the Australian War Memorial for copying..