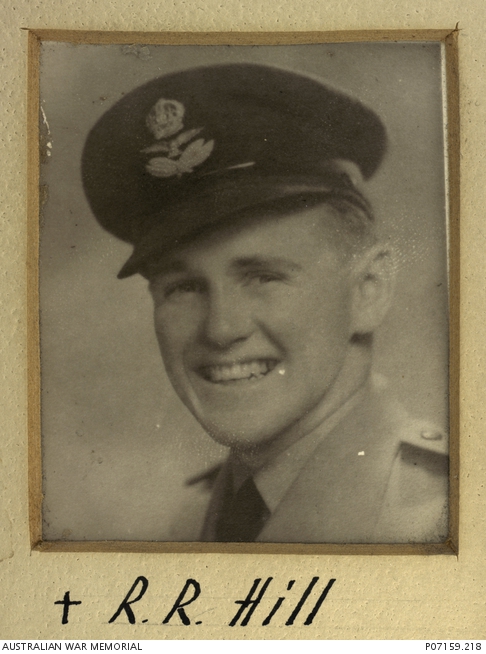 Studio portrait of 416213 Flight Lieutenant (Flt Lt) Rowland Rutherford Hill who was a 19 year old from Adelaide, South Australia when he enlisted in the Royal Australian Air Force (RAAF) on 24 April 1941. While serving with 77 Squadron RAAF, British Commonwealth Occupation Force in Japan, he was killed on 3 December 1948 in a Mustang aircraft that crashed while engaged in rocketing practice on the bombing range at Iwakuni, Japan. He is buried in the British Commonwealth War Graves Cemetery, Yokohama, Japan. One of 86 photographs displayed on an honour board showing members of the Adelaide Rowing Club who enlisted for active service in the Second World War. The original is held by the Adelaide Rowing Club who kindly loaned the board to the Australian War Memorial for copying.