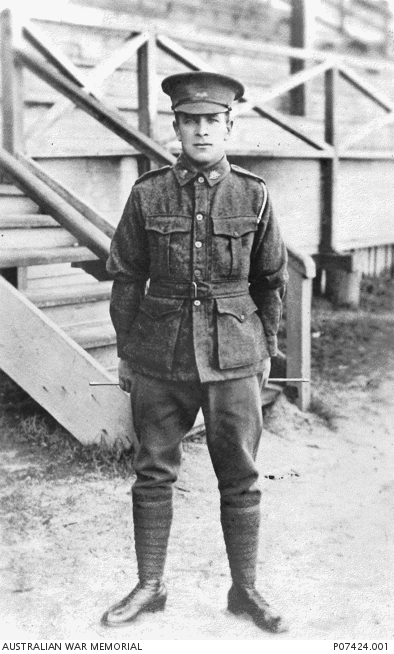 Portrait of 2195 Private (Pte) Victor William Javens, 51st Battalion. Born in Mildenhall, England, Javens immigrated to Australia at the age of 26 and worked as a famer in Western Australia prior to enlisting on 27 March 1916. He embarked for service overseas with the 4th Reinforcements from Fremantle aboard HMAT Miltiades on 9 August 1916. Shortly after arriving in England he was taken on strength of the 44th Battalion, and proceeded with his unit to France in November 1916. Later moving to the Ypres Sector, Belgium, Pte Javens was killed in action while involved in defensive operations on 3 August 1917, aged 32. He was buried at Messines Ridge British Cemetery, Belgium.