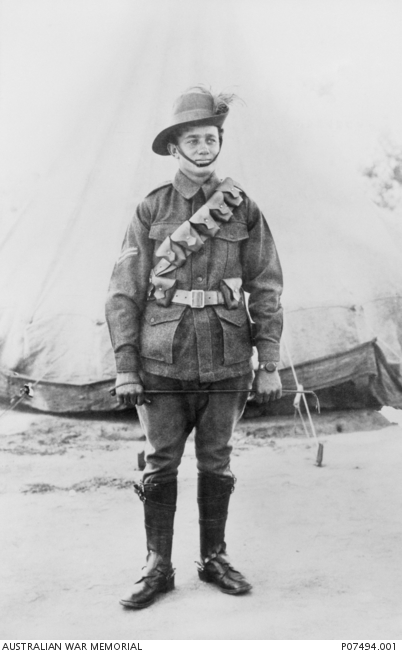 Informal portrait of 1636 Corporal (Cpl) (later Lieutenant (Lt)) Clifford John McWhirter, 10th Light Horse Regiment, of Baker's Hill, WA. An orchardist before enlisting on 26 August 1915. Cpl McWhirter embarked from Fremantle on RMS Mongolia on 22 November 1915 with the 12th Reinforcements. He was recommended for the Military Medal (MM) on 29 April 1917. The recommendation stated that 'When the No. 1 of his Hotchkiss rifle team was wounded, he carried both the Hotchkiss rifle and ammunition carriers into an advanced position and worked the rifle alone'. The award of the medal was gazetted on 18 July 1917. He died of wounds received in Palestine on 6 October 1918.