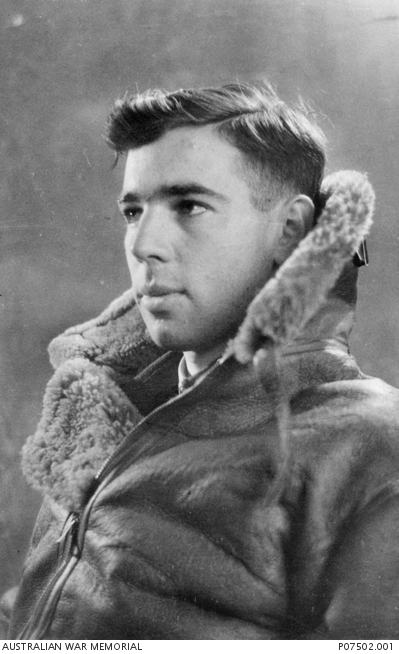 Studio portrait of 406589 Flight Sergeant (Flt Sgt) Paton Bell, RAAF, 150 Squadron RAF, of Dalwallinu, WA. He was a farmer before enlisting at Perth, WA, on 3 February 1941. He was lost on operations on 12 August 1942. His aircraft, Wellington bomber VX3744, operating from Snaith aerodrome, England, was attacked by a night fighter while on a mission to target Mainz. Flt Sgt Bell was killed by fighter fire; the rest of the crew survived, following an emergency landing at Coltishall. Flt Sgt Bell was 20 years old at the time of his death.