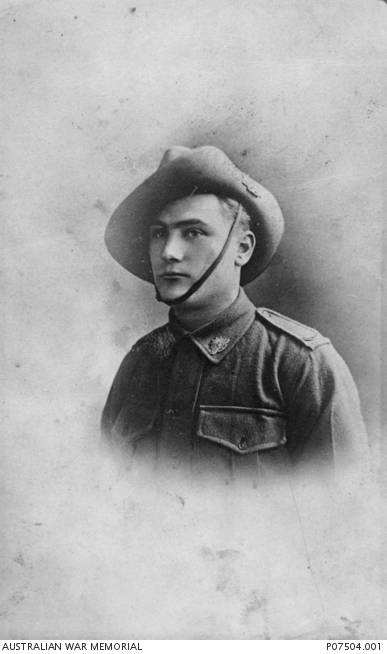 Studio portrait of 458 Private (Pte) Albert Arthur Benton, 1st Machine Gun Company, of Dulwich Hill, NSW. Originally from Birmingham, England, Pte Benton emigrated to Australia in 1911 and was a machinist before enlisting in June 1916. He left Australia for England with the 7th Reinforcements in October 1916 and arrived in France for service on the Western Front in April 1917. Pte Benton was killed in action along the Menin Road on 21 September 1917, aged 22, and has no known grave.