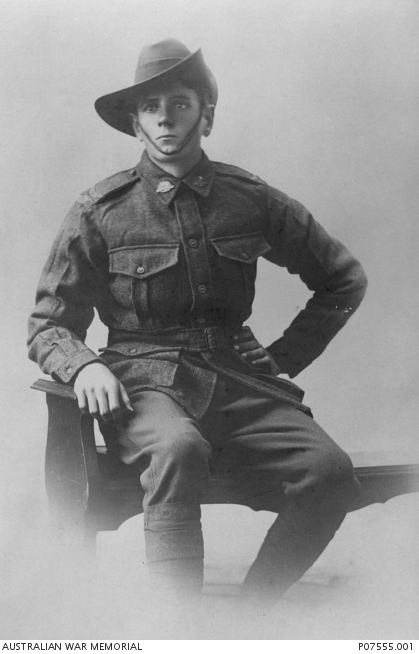 Studio portrait of 16402 Sapper (Spr) Carl Alfred Eliasson, 4th Divisional Signal Company, of North Fremantle, WA. A telegraphist prior to enlistment, Spr Eliasson embarked on board HMAT Persic (A34) on 29 December 1916 and served on the Western Front. He died in England on 25 October 1918 as a result of wounds received in action at Beugny, France. He was 24 years of age.