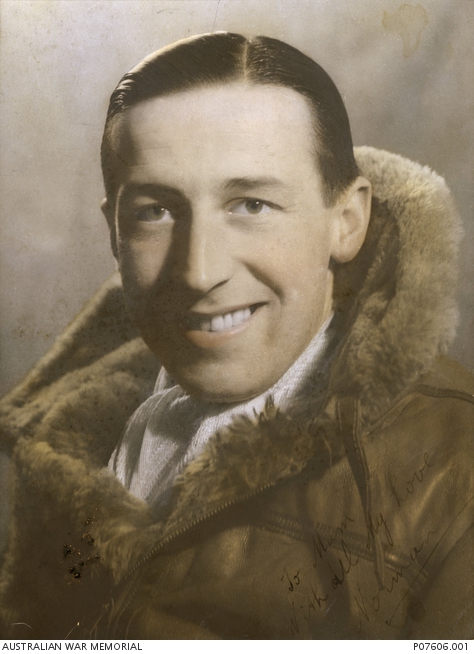 Studio portrait of 419321 Flight Sergeant Norman Edward Locklier, RAAF, of Melbourne, Victoria. A Mid Upper Gunner with 466 Squadron, he enlisted on 18 July 1942. Locklier was a member of a crew of Halifax LV826 which took off from RAF Leconfield at 21.53 hours on the night of 12 May 1944 to bomb Hasselt marshalling yards. Fifteen aircraft from the Squadron took part in the raid and two of these including LV826 failed to return and they were presumed lost on operations on 13 May 1944. Post war searches found no trace of the crew or aircraft.