"Once a beautiful Residence Ypres". This inscription was recorded on the back of the original ... 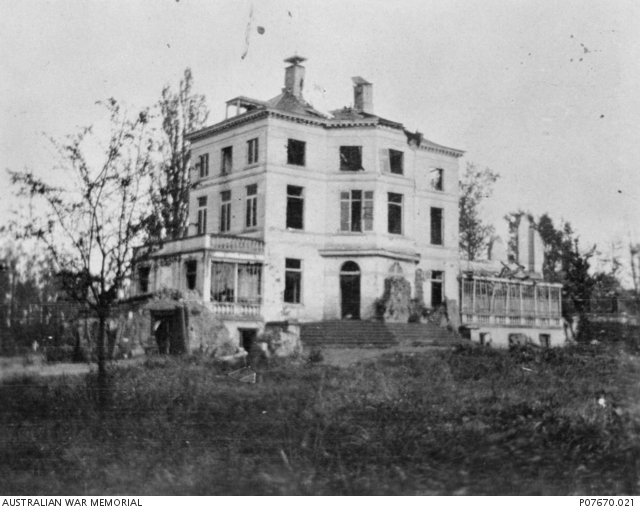 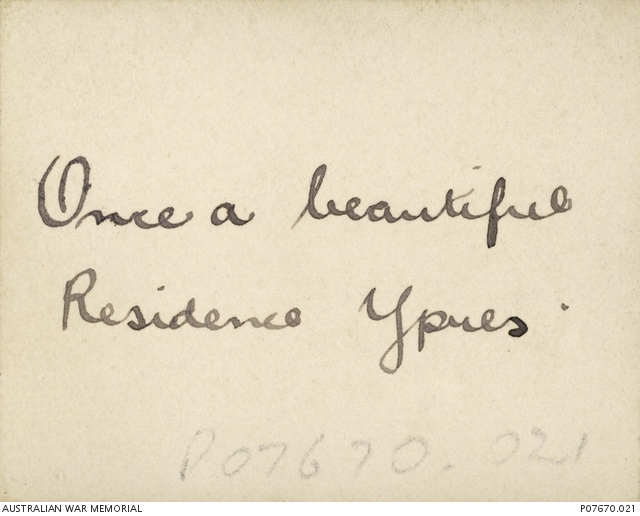 "Once a beautiful Residence Ypres". This inscription was recorded on the back of the original photograph by the photographer. This photograph is one of a series taken by Cpl Nenke, or with his camera. Cpl Nenke was a despatch rider in the 1st Divisional Signal Company (1DSC). Soldier photographers taking photographs in active service areas in France or Belgium are rare, as discovery usually resulted in Court Martial. It is considered that this photograph was among the personal effects of 3120 Sergeant N M Pontin, who served in the 14th and 46th Battalion, and repatriated to his next-of-kin in Australia, after he was killed in action on 11 April 1917. Cpl Nenke was also killed in action on 10 August 1918.