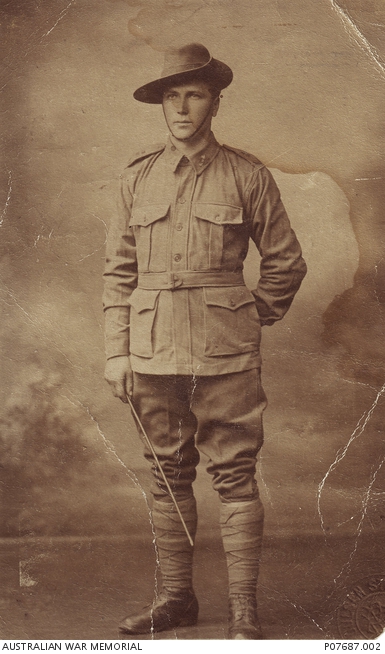 Studio portrait of 867 Private (Pte) Arthur Stanley Eyles, 26th Battalion, of Koonya, Tasmania. A labourer prior to enlistment on 13 April 1915, Eyles served at Gallipoli from September until being evacuated in October with illness. Following convalescence in Bristol, England, he returned to his unit in Alexandria, being there for less than a month before it embarked for the Western Front. He was killed in action at Pozieres on 29 July 1916. In his Australian Red Cross Wounded and Missing Enquiry Bureau file, it is reported that Pte Eyles was last seen being wounded by machine gun fire when charging across the German line; he has no known grave.